Oscar-winning Indian music legend AR Rahman has made a huge statement in support of Will Smith saying that he was a ‘sweetheart.’ The celebrated music composer made the statement on The Kapil Sharma Show. 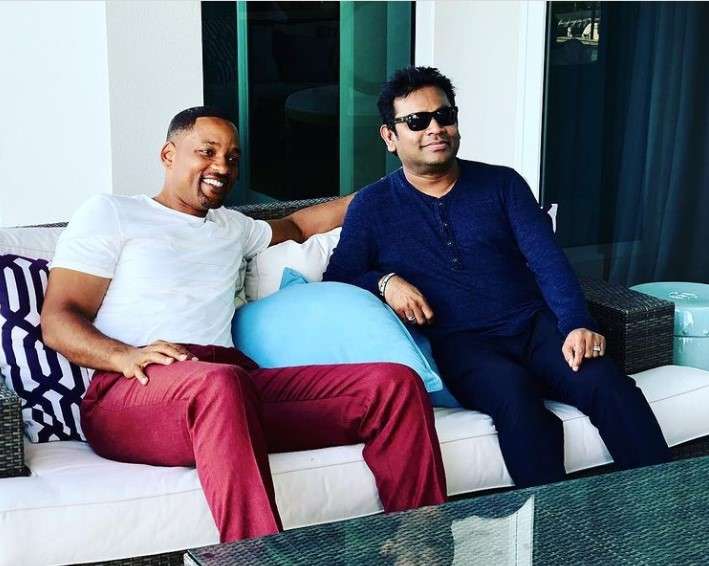 Rahman was referring to the infamous slap-gate controversy at this year’s Oscars when Will Smith was seen punching the face of comic and host, Chris Rock. The comic had cracked a joke at the hair loss disease of Will Smith’s wife, Jada Pink Smith.

Kapil Sharma decided to dig out an old photo of AR Rahman with Will Smith to read some of the quirkiest comments posted by the music composer’s fans. No sooner did Rahman see the photo of himself with Will Smith, he said, “This is the old one.”

Reacting to Rahman’s photo with Will Smith, one fan had written, “Rahman sir, please stay away from him. His hands move a lot.” Another had commented, “Rahman sir doesn’t need take the tension. He doesn’t speak much anyway.”

Rahman had his photo taken with Smith way back in 2018. Sharing the photo, the legendary music composer had written, “Had a thoughtful brainstorming session with the “One and only @willsmith about something close to my heart ..hint ..(indie music ..Indo ??..indo ?? Indo ?? Chennai’s international Indie music festival …KMMC ..December music season ..)thank you Ideal entertainment ?EPI.”

Meanwhile, the Academy Of Motion Picture Arts and Science has banned Smith from the Oscars for 10 years for slapping comedian Chris Rock at the Oscars this year. He will also be not able to take part in any of the Academy events for the next 10 years.

Rahman had appeared on The Kapil Sharma Show along with Tiger Shroff, Ahmed Khan and Tara Sutaria to promote their upcoming film Heropanti 2.