The Rajasthan Police have arrested a Hindu priest after a Dalit newlywed couple were barred from praying at the temple. The reported incident took place in Jalore in Rajasthan. 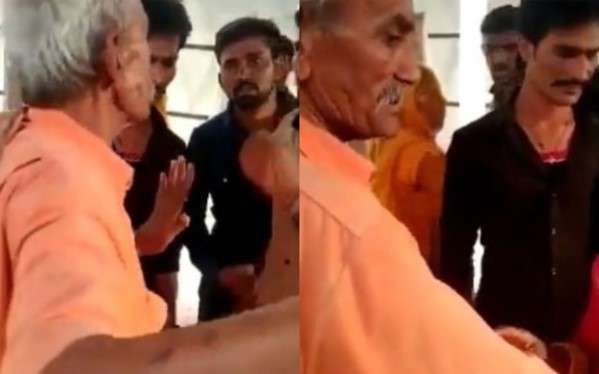 In a viral video, the bridegroom, Kuka Ram, can be seen sharing his ordeal. “They did not allow us to enter (temple). He (priest) said that we were unclean and this is meant for the upper caste and not for us. We’ve reported the matter to the SP sahab in Jalore,” Ram is seen saying in the video.

"The priest stopped us from entering the temple & said only upper caste are allowed to enter", says the Dalit Groom pic.twitter.com/7wWhiD8zdh

In another video, shared by journalist Tabeeha Anjum, the priest, identified as Vela Bharti, could be seen engaged in a heated argument with the members of the Dalit community.

The FIR was lodged after a video went viral purportedly showing Vela Bharti (the priest) stopping the couple at the gate of the temple at Neelkanth village.

The police booked the priest under the Scheduled Caste and Scheduled Tribe (Prevention of Atrocities) Act. “We have registered a case under SC/ST Act against the priest and arrested him,” Jalore Superintendent of Police Harsh Vardhan Agarwalla was quoted by news agency PTI.

According to reports, Ram’s wedding procession had arrived in Neelkanth village on Saturday when the newlywed couple wished to offer a coconut at the temple after their wedding. However, the bridegroom’s cousin said that the priest stopped them from entering the temple.

Ram’s cousin, Tara Ram, said that the family made passionate pleas to the priest but ‘he was adamant.’