Former Prime Minister Dr Manmohan Singh on Friday said that his party, the Congress, will do ‘whatever is necessary’ to keep India united in support of anti-terrorism measures. 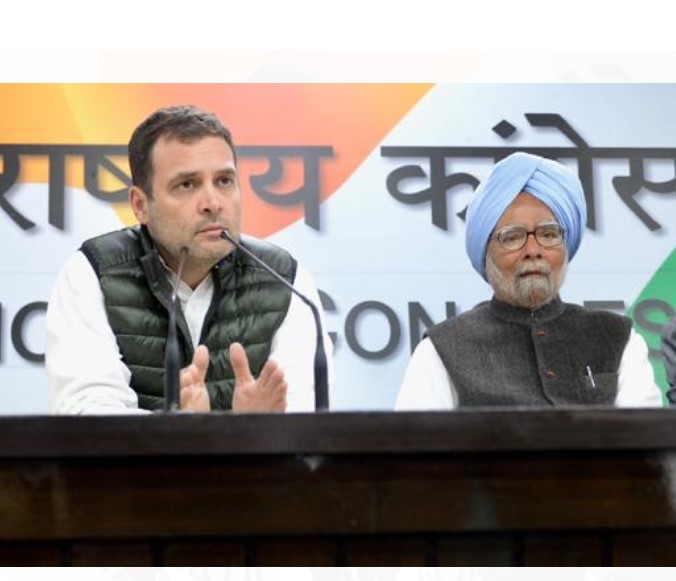 Speaking to reporters in Delhi, Dr Singh said, “Today is the day of mourning. Our country has lost close to 40 armed forces jawans and our foremost duty is to convey to their families that we are with them. We shall never compromise with the terrorist forces.”

He added, “We will do whatever is necessary to keep this country united in support of anti-terrorism measures.”

Also joining Dr Singh for the press conference was Congress President Rahul Gandhi, who made it clear that today was not the time to discuss politics and his party will support the government in its future course of action to avenge the killings of 42 CRPF soldiers. He told reporters, “There will be no further discussion from the Congress party on this. We will stand by whatever the security forces and the government will do.”

Both Gandhi and Singh earned plenty of plaudits on social media in light of utter insensitivity shown by high profile BJP leaders including BJP President Amit Shah, Union Minister Piyush Goyal and MP Manoj Tiwari. While Shah was busy addressing an election rally in Karnataka, five hours after the terror attack had killed 42 soldiers, Tiwari was entertaining audience in Allahabad during a concert the same evening. Goyal, for his part, was attempting to stitch an alliance with like-minded parties in Tamil Nadu ahead of the Lok Sabha polls. Uttar Pradesh Chief Minister Yogi Adityanath was away in Kerala to address an election rally.

Words of a real statesman.

To understand this, compare what many BJP leaders were doing yesterday after the terrorist attack https://t.co/DhkOuqO0Pg

Very sensible reaction from @RahulGandhi. Hope all other opposition leaders follow this line. Appeal to the media to exercises restraint in reports and debates.
Let’s all respond as one united and mature nation.
Let this not be an election issue. https://t.co/E5Mysv8HKh

Good statement by Rahul Gandhi on the Pulwama terror attack. Time is for all politicians across ideologies to unite behind the nation to give a befitting response to the perpetrators of terrorism. Hope PM addresses the nation and Govt immediately calls an all party meeting.

The newly appointed AICC General Secretary and Gandhi’s sister, Priyanka Gandhi Vadra, too was praised on Thursday evening, when she cancelled her inaugural press meet in Lucknow.

A suicide bomber on Thursday had blown himself as a CRPF convoy passed through the Jammu-Srinagar highway in Pulwama, leaving at least 42 soldiers dead.