Prime Minister Narendra Modi took oath of office for the second term in office on Thursday days after he led his party, the BJP, to register a historic landslide in the just-concluded Lok Sabha polls. 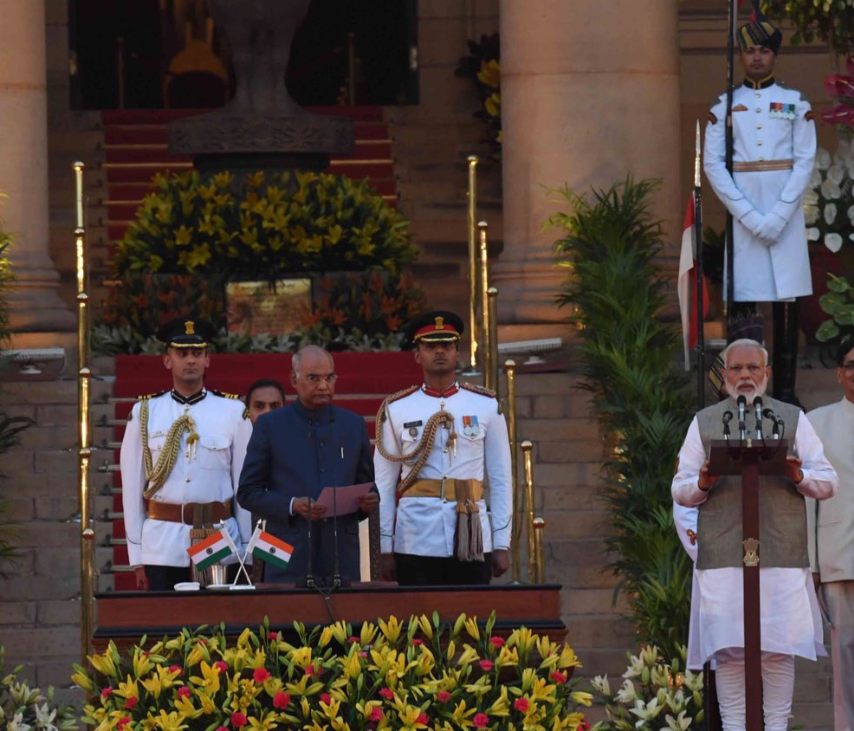 The BJP won 303 seats, 21 more than what it won in 2014 parliamentary polls. Among those attending today’s swearing-in ceremony include various heads of states from around the world and prominent names from the opposition parties in India.

Congress President Rahul Gandhi and UPA chairperson Sonia Gandhi had accepted the invitation to be present at the Rashtrapati Bhavan on Thursday evening.

West Bengal Chief Minister Mamata Banerjee, who was scheduled to attend the function, on Wednesday wrote to Modi saying that she had changed her mind due to false reports of killings of 54 BJP workers in her state.

Congress chief minister of Chhattisgarh, Bhupesh Baghel, too expressed his inability to attend the function due to prior commitments.

Family members of slain BJP members in Bengal have also been invited for today’s function.

A video released by External Affairs Ministry spokesperson Raveesh Kumar said that leaders of all BIMSTEC (Bay of Bengal Initiative for Multi-Sectoral Technical and Economic Cooperation) countries have confirmed their participation.

Know the distinguished foreign leaders participating in the oath taking ceremony of PM @narendramodi and the Council of Ministers @rashtrapatibhvn tomorrow.