Prime Minister Narendra Modi was forced to cancel his election event in Punjab on Wednesday after his convoy was stuck on a flyover in the state. The BJP has blamed the Congress government of Punjab for the fiasco. 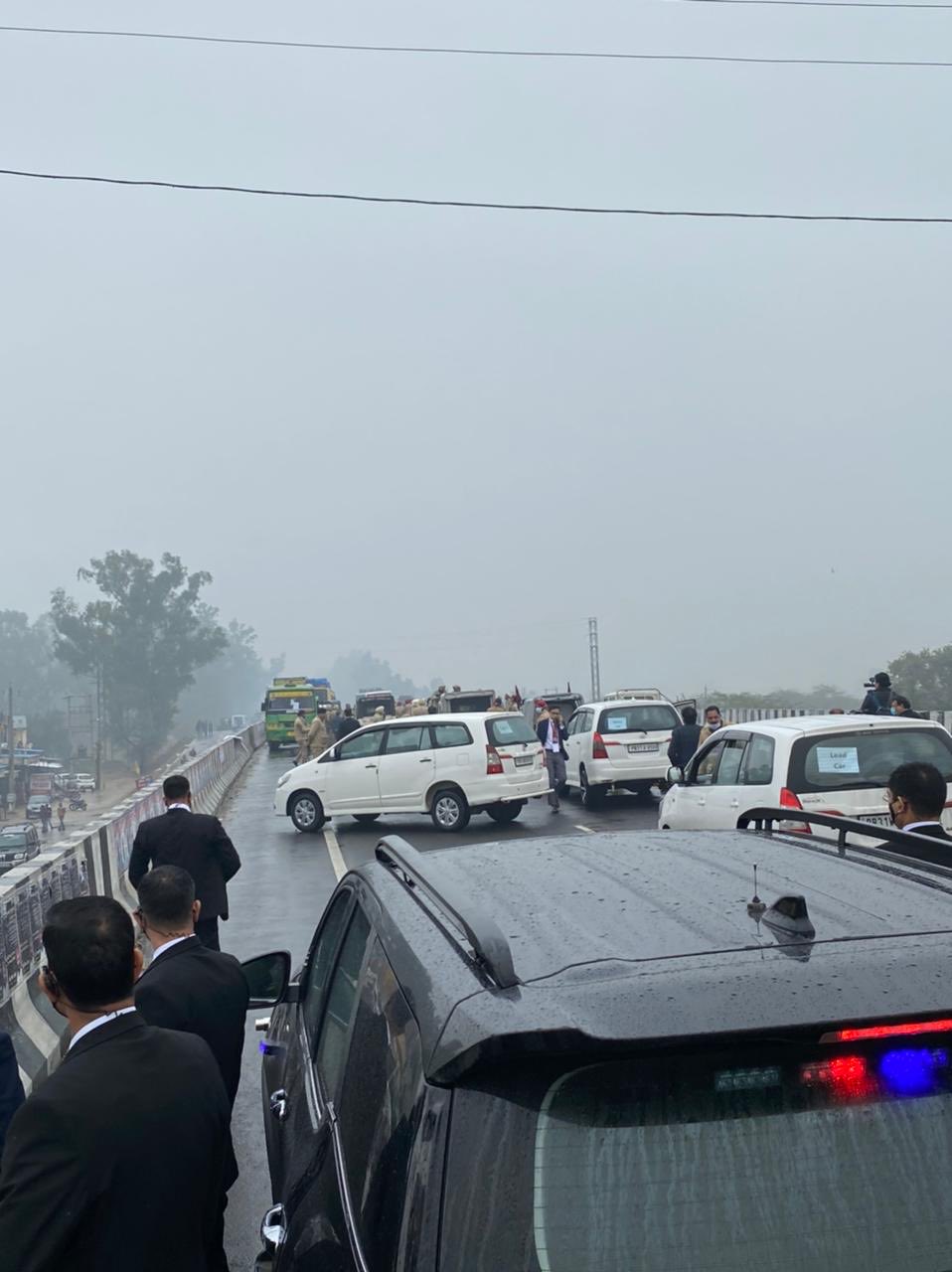 A statement from the home ministry said that the prime minister ‘was stuck on a flyover for 15-20 minutes’ adding that this ‘was a major lapse in the security of the Prime Minister.’

The home ministry said that the prime minister’s schedule and travel plan were ‘communicated well in advance to the Punjab Government.’ “As per procedure, they have to make necessary arrangements for logistics, security as well as keep a contingency plan ready. Also in view of the contingency plan the Punjab Government has to deploy additional security to secure any movement by road, which were clearly not deployed. After this security lapse, it was decided to head back to Bathinda Airport,” the home ministry said.

Modiu had landed in Bathinda on Wednesday and was scheduled to visit the National Martyrs Memorial at Hussainiwala by helicopter. However, due to rain and poor visibility, the prime minister reportedly waited for about 20 minutes for the weather to clear out before it was decided that he would undertake a road journey, which would take more than two hours.

His cavalcade could not proceed further after it reached a flyover around 30 kms from the National Martyrs Memorial in Hussainiwala due to a blockade caused by protesters.

BJP President JP Nadda said, “It is sad that the PM’s visit to launch development projects worth thousands of crores for Punjab was disrupted. But we will not let such cheap mentality hinder progress of Punjab and will continue the effort for the development of Punjab.”

The home ministry said that it took cognisance of ‘this serious security lapse has sought a detailed report from the state government.’ “The State Government has also been asked to fix responsibility for this lapse and take strict action,” it said.