The Delhi High Court is likely to hear a petition seeking the release of 916 foreigners, who’ve been kept in quarantine for more than 50 days after they attended the Tablighi Jamaat event at Nizamuddin Markaz in March. A petition has been filed in the high court challenging the Delhi government’s decision to hand some of them over to the Delhi Police. All of them have been kept at an institutional quarantine facility since 30 March despite being tested negative for COVID-19. 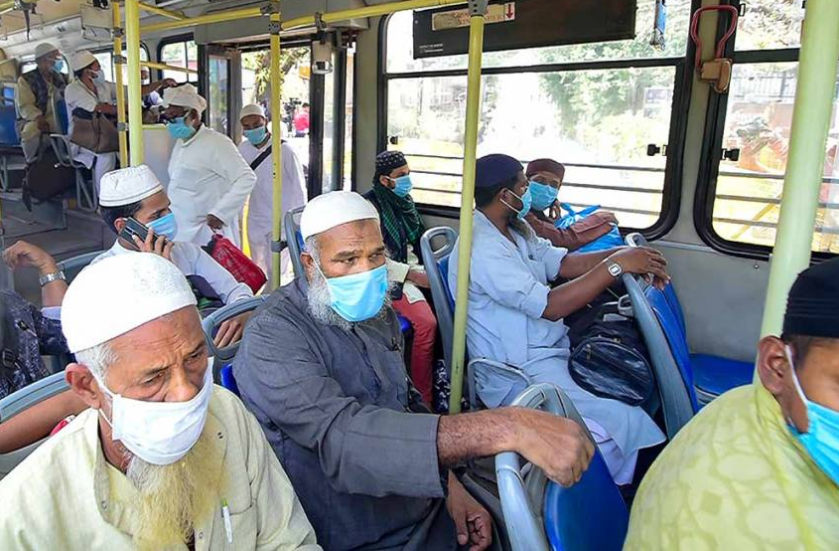 “The reason for extreme urgency is that the holy month of Ramadan is going to end and the festival of Eid is coming in another two-three days, if the 916 foreign nationals, including the petitioners, are allowed to remain in alleged quarantine all confined and isolated, the same will result into an infringement of their fundamental rights,” news agency PTI quoted the petition, filed through advocate Ashima Mandla.

The case, according to Indian Express, has been listed before Justice Navin Chawla. The petition also challenges the order issued by the Delhi government’s Department of Revenue for handing over of 567 foreign nationals to the custody of Delhi Police. The plea in the high court said that the FIR by the Delhi Police was filed against unknown people. It said that the Delhi government’s decision to hand them over to the police despite all of them having tested negative for coronavirus was prima facie illegal and untenable in law.

Hundreds of Tablighi Jamaat members were taken from the Delhi’s Nizamuddin Markaz in March to different quarantine facilities. They included nationals from several countries.

The Ministry of Home Affairs headed by Amit Shah had blacklisted 960 foreigners in April and cancelled their tourist visas for their involvement in Tablighi Jamaat activities violating their visa conditions.

Tablighi Jamaat members were blamed for the spike in COVID-19 cases in Delhi both by the right-wing media and Chief Minister Arvind Kejriwal.