Fearing protests against Prime Minister Narendra Modi, organisers at the MIT College in Pune on Sunday forced people to remove their face masks, socks and in some cases even shirts if they were black. This, according to news agency PTI, was to prevent any possible protests against Modi, who was visiting the venue to inaugurate several projects. This came amidst a video of a group of women showing black flags to a metro train believed to be carrying Modi. 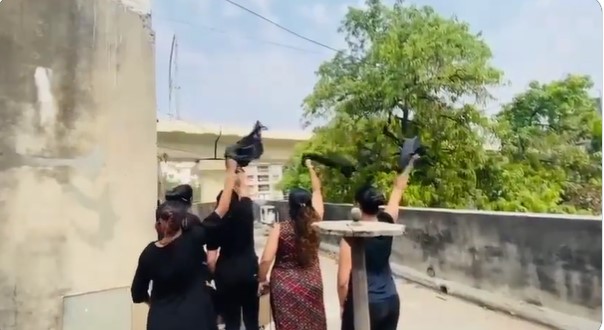 “There must be some confusion as the instruction was about black flags and black pieces of cloth, not about clothing (itself),” Gupta was quoted as saying.

PTI reported that journalist Mangesh Phalle, who was there to cover Modi’s event, was also asked to remove his black-coloured mask by those on security detail at the venue.

During his one-day visit to Pune in Maharashtra, Modi inaugurated a stretch of the metro rail between Garware station to Anand Nagar.

Modi had to face protests from the NCP and the Congress workers, who alleged that the Indian prime minister had insulted Maharashtra by suggesting that the state had encouraged the spread of COVID-19 to other states.