Janta Ka Reporter 2.0
Home India Delhi No shame to say Amit Shah and Narendra Modi, you and your...

Filmmaker Anurag Kashyap has lashed out at Prime Minister Narendra Modi and Home Minister Amit Shah for the large-scale violence inside the JNU on Sunday night. Kashyap said that he had no shame in saying that Modi, Shah, the BJP and the ABVP were terrorists. 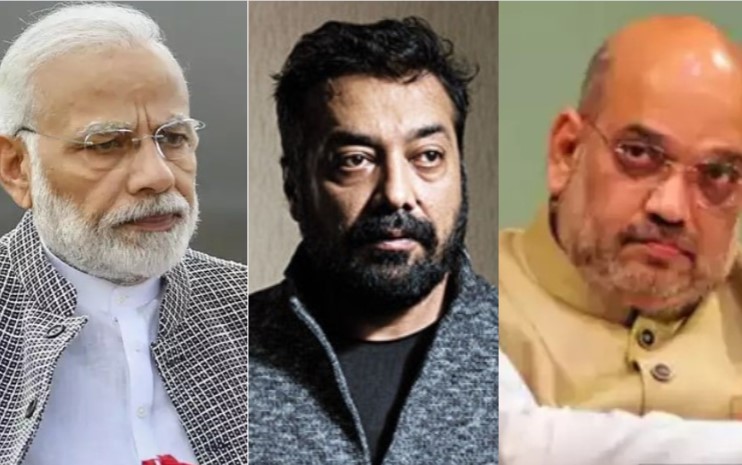 In a hard-hitting tweet, Kashyap wrote in Hindi, “Now no shame in saying that Amit Shah and Narendra Modi, you and your BJP and ABVP are terrorists.” He ended his tweet with the hashtag #JNUSU.

In another tweet, Kashyap wrote, “Hindutva terrorism is now totally out there.”

Hindutva terrorism is now totally out there . #JNUSU

A group of masked criminals allegedly belonging to the ABVP on Sunday night caused large-scale violence by entering the campus. The video of masked criminals causing mayhem inside one of India’s most reputed educational institutions evoked widespread outrage. The goons had attacked JNUSU President Aishe Ghosh and its secretary, Satish Chandra, leaving both of them injured.

What caused more outrage was the dubious role of the Delhi Police. Not only did they remain mute spectators, but they were also seen providing safe passage to the masked goons after they had finished carrying out the carnage.

The mob is leaving in style, courtesy @DelhiPolice and #JNU administration.
Can’t believe this sight#StandWithJNU pic.twitter.com/ibXPZE1ntP

The unprecedented violence at the JNU, where at least 40 students were injured, evoked instant countrywide protests with students from across the country holding late-night vigils. Activists have also demanded the resignation of Home Minister Amit Shah since the Delhi Police reports to the home ministry.