I believe it’s an innate Indian thing, this love for tall, imposing red-bricked structures. I had it ever since I saw the Red Fort for the first time as a child. Since then, red-brick structures have always evoked a special sense of confidence and security within me. Unlike most of the West, Indian seats of power and administration were red in colour. Historically, the red stone from Kota and many other places became the symbol of an official kind of sturdiness which the white lacked. White marble was for luxury while red stone and bricks were for influence and power. 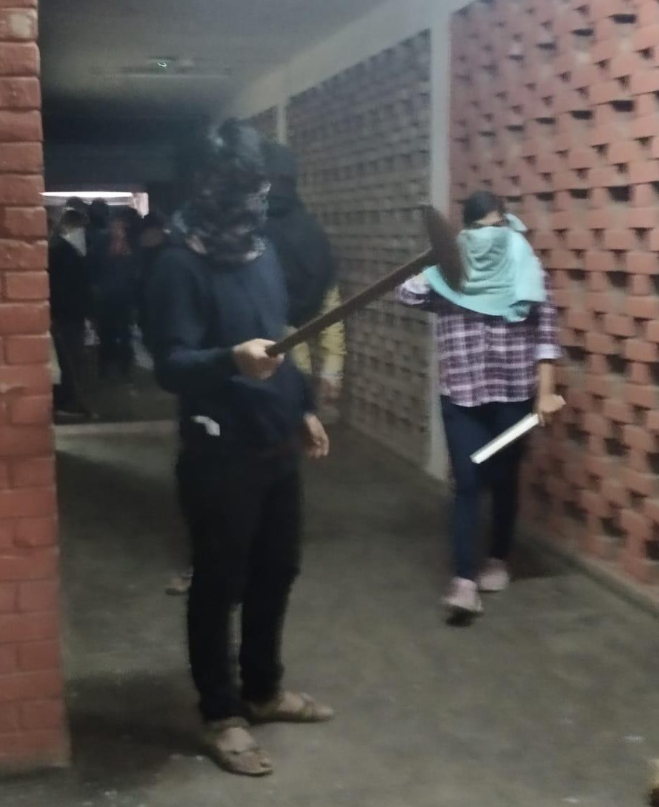 Long ago, there were red bricks with the word ‘Ram’ engraved on them which became the tool for one of the biggest disasters in independent India. But can we place the blame on the bricks when even the hands which wielded them have been given respite in the recent turn of event? Anyway…

There is an internship program at the Indian Parliament and I had applied for it years ago. For the written test, they asked us to write an essay as to why we should be selected for the rather coveted internship at the Lok Sabha Secretariat. I wrote about the red brick walls and the tall columns of the building, reminiscent of the sturdiness of our constitution and the strength of our democracy. I was selected amongst thousands of applicants. But this was then, a decade ago when democracy still meant something.

It was a few years before this that I was a student in the School of Language in JNU. The red brick walls in JNU are very special. They are not tall and imposing. They are designed with latticed openings, a bit like in-built windows. The bricks are laid so as to give us a peek at the world outside. There’s an inherent openness in those walls. Actually, some might say that the JNU red walls are counterproductive because they bring people together and push them out to soar the proverbial skies rather than keep them within. There’s the implied idea that learning is not limited within the four walls. I used to sit across these walls and work on my assignments, or eat an apple, or argue about Das Kapital with friends from other disciplines. The walls in JNU are not just protective, they are also a tool for firing our imagination before we take the plunge out into the big bad world outside.

Yesterday, the big bad world entered those walls of JNU and made them somewhat redder with the blood of the students attacked.

Images of the terrorist attack on JNU have a very reliable witness: the red walls. But then, there are other questions to be asked: do we have any judge who would ask the walls as to what happened? Will there be anyone who’d listen to the laments of the walls and wipe their tears because what they’ve seen is the most pained they would’ve ever been? The walls know the names of those who did it. The walls know the names, not based on how those terrorists were dressed but because of the ruthless confidence of escaping scot-free which was shining in their eyes. Impunity is a superpower and they surely had it. They were carrying rods, hammers, heavy fire extinguisher cylinders, spades etc. They were there to bury the flowers of JNU within its soil while the police stood at the gates, waiting. The red walls saw and the red walls are telling even now. There’ll be an enquiry now. They’ll ask the students and they’ll ignore what the students say. But there won’t be any judge who’d listen to the walls, who’d take up their case suo moto, upon the suggestion of their own conscience.

Modia is spreading stories to save ABVP & BJP

With the university under police siege, work in JNU would resume in a few days. I can already see it: a policeman standing against the red wall with his foot rested on it as he sips cheap JNU tea and blames his stars for being posted inside the university.