The Delhi High Court on Friday asked CPI-M leader Brinda Karat on the alleged criminality in hate speeches made by BJP leaders Anurag Thakur and Pervesh Verma in connection with the anti-CAA protests in Delhi. After hearing the lawyers representing the petitioner and the Delhi Police, Justice Chandra Dhari Singh of the Delhi High Court questioned the criminality in the hate speeches made by two BJP leaders. 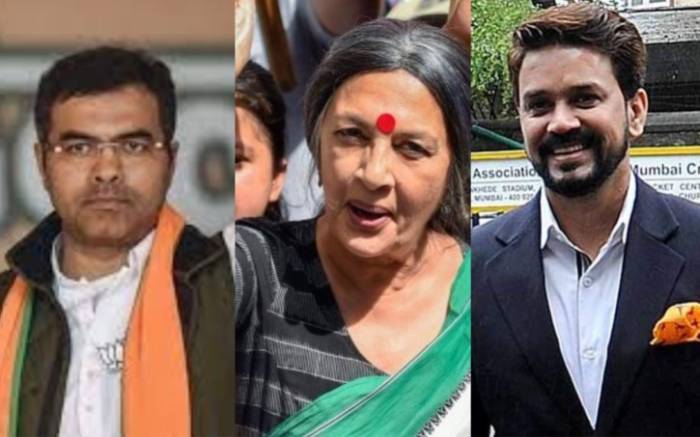 Justice Singh, who reserved his judgment said that there was no criminality if the hate speeches were made with a smile. “Was that an election speech or speech during the ordinary time? Because if any speech is given during election time then it’s a different time, if you’re giving a speech in an ordinary course, then you’re instigating something. In the election speech, so many things are said by the politicians to politicians and that is also a wrong thing. But I have to see the criminality of the act. If you’re saying something with a smile then there is no criminality, if you’re saying something offensive then definitely. You have to check and balance. Otherwise, I think 1,000 FIRs may be lodged against all politicians during elections,” Live Law quoted Justice Singh as saying.

Thakur is accused of shouting Desh Ke Gaddaron Ko, Goli Maaro Saalon Ko in January 2020, just before the Delhi assembly polls. The same month, Verma too had allegedly repeated the similar slogan during an election speech and an interview to ANI.

Justice Singh, according to news agency PTI, asked, “‘Ye log’ (these people) indicates to whom? How can you translate that ‘ye log’ means that particular community? It is not to any particular community, they can be anybody. Where is direct instigation?”

The judge then asked, “Where is the communal intent in the speech?”

More than 50 people had died in the Delhi communal riots in February 2020. BJP leaders such as Thakur, Verma and Kapil Mishra have faced criticism for making provocative speeches ahead of the communal clashes in India’s national capital.