India on Tuesday inflicted a 66-run humiliating defeat on England by making a spectacular comeback in the match, which appeared to go the visitors’ way. 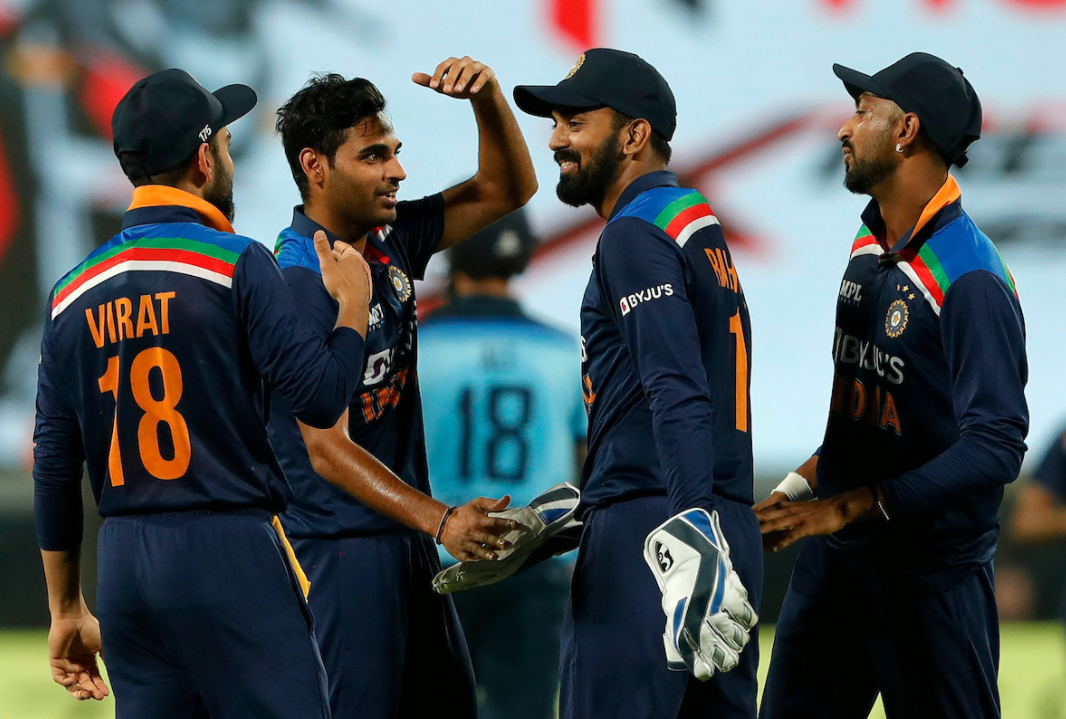 Batting first, India made 317-5 in 50 overs with Shikhar Dhawan making 106-ball 98 runs to emerge the top-scorer for his side. Krunal Pandya made 58 in just 31 balls, while KL Rahul returned to form by remaining not out at 62 that he took 43 balls to score. Skipper Virat Kohli contributed with 56.

India posting a total in excess of 300 assumed significance given that the hosts could only score 80-odd runs in the first 20 overs of their innings. However, a substantial partnership between Kohli and Dhawan meant that Team India were able to set a challenging target for Eoin Morgan’s side.

England’s run-chase was electric as they added 134 runs in the first 14 overs, but the World Champions left their fans stunned by behaving like cricketing minions as their experienced batsmen continued to play big shots even when there was no requirement. This resulted in a spectacular collapse and the England team were eventually all out for 251 in 42.1 overs.

Jonny Bairstow remained the top-scorer for his side with a fine knock of 94 runs that he scored by facing just 66 balls. Jason Roy was once again unlucky to not complete his fifty as he was out for 46.

Reacting to his side’s spectacular win, Kohli said, “One of our sweetest victories in recent past. We haven’t won many good games in ODIs. A comeback from all our bowlers. Going for few runs early on Prasidh and coming back was amazing. Krunal as well. Shardul, Bhuvi were amazing. I am a really proud man right now. Team showed great character and intensity. As I’ve mentioned in the past as well, we promote players who have intent and back their skills. Special mention to Shikhar’s innings as well. Didn’t get much after the first T20I. KL as well, back among the runs. So we want to back people who will do a selfless job.

“It’s a healthy competition between everyone for every slot. We have 2-3 players available for every slot. The management has done these discussions with senior players as well. We are on the right path. A special mention to Shikhar again. His body language was amazing when he wasn’t playing. He was motivating players, running with extra stuff like water. Today he deservedly got the result he achieved. Made a very important contribution. You saw it was tricky first up and the openers had to start off that way. In that context, his innings was very important since he batted the tough overs. His contribution was better than what the scorecard was. When I was batting, I told Shikhar that between 31-40 I’d look to take the bowlers on. We lost a few wickets and there was a brief pushback but Krunal and KL then took it away. If I had stayed with Shikhar around that 40 over period we could’ve got 350. England hit some amazing shots, and scores will be high scoring moving forward.”

Morgan, for his part, said, “I thought the bowlers were outstanding and there was a bit more on offer for the seamers. The two openers were outstanding, but we failed to build on from that. We need to execute better than we did today. India did really well and deserved to win. Being able to take the attack to the opposition is something that we pride ourselves on. We want to continue to push the envelope in that regard. It’s better for us to lose like this than losing by 20 runs. The game is always moving forward, technology and fitness are moving forward, so we need to push hard as we can. It’s important for us to dictate the way we play. The bowlers did an outstanding job – the traditional Test line and length proved good in this wicket. We probably didn’t play well to take any advantage of dew the dew. We just needed to change the execution.”

Shikhar Dhawan was declared Man Of The Match for his fine batting display.