The Allahabad High Court has taken cognisance of the Hathras gang-rape incident of the forcible cremation of the Dalit girl when her body was brought from Delhi’s Safdarjung Hospital last month. The High Court Bench comprising Justices Rajan Roy and Jaspreet Singh said, “The incidents which took place after the death of the victim on 29.09.2020 leading up to her cremation, as alleged, have shocked our conscience, therefore, we are taking suo moto cognizance of the same.” 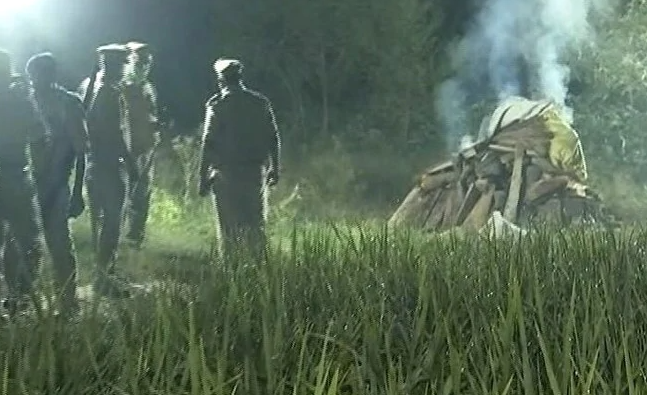 Reacting to the reports of forcible cremation of the victim’s body, the court said that it needed to examine the allegations of gross violations of fundamental rights. “… we are inclined to examine as to whether there has been gross violation of the fundamental rights of the deceased victim and the family members of the victim; whether the State Authorities have acted oppressively high handedly and illegally to violate such rights as if it is found to be so, then, this would be a case where accountability will not only have to be fixed but for future guidance also stern action would be required,” the Bar and Bench website quoted the Bench as saying.

The topic has become hugely political as Congress leaders Rahul Gandhi and his sister Priyanka Gandhi were stopped from vising Hathras on Thursday. Rahul Gandhi was pushed by a cop on the ground as he insisted on visiting the victim’s family.

The Allahabad High Court said in its order, “The matter before us, of which we have taken suo moto cognizance is of immense public importance and public interest as it involves allegation of high handedness by the State Authorities resulting in violation of the basic human and fundamental rights not only of the deceased victim but also of her family members. As it is, the deceased victim was treated with extreme brutality by the perpetrators of the crime and what is alleged to have happened thereafter, if true, amounts to perpetuating the misery of the family and rubbing salt in their wounds.”

The High Court has also summoned UP additional chief secretary, police chief, additional DGP, besides Hathras District Magistrate and the SP in the teen’s gang-rape and murder case.