Janta Ka Reporter 2.0
Home India “If they do, I will go there”: Rahul Gandhi responds to attack...

Congress MP Rahul Gandhi has responded to the BJP by explaining why he had not visited Punjab, where a six-year-old Dalit girl has been raped and murdered. The news of the girl’s rape and murder in Jalalpur village in Tanda of Punjab’s Hoshiarpur district had sent shockwaves. According to the Punjab Police, they had found the half-burnt body of the girl. 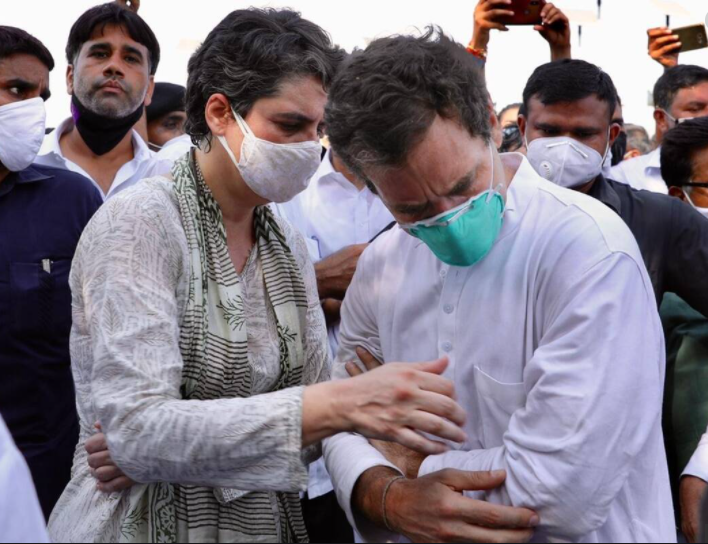 Several BJP leaders including Union Minister Nirmala Sitharaman and her cabinet colleague, Prakash Javadekar, had attacked Gandhi by asking why he had chosen to not visit Punjab to meet the victim’s families yet. In a direct reference to Gandhi’s visit to Hathras in Uttar Pradesh, where a 19-year-old Dalit was allegedly gang-raped, Sitharaman asked why the incident of Punjab had not shaken the ‘conscience of the brother and sister who rush to every other place which can help them politically.’

Javadekar too had taken a dig at Gandhi by calling his earlier visit to Hathras a ‘photo-op.’

Responding to BJP’s charges, Gandhi tweeted, “Unlike in UP, the governments of Punjab and Rajasthan are NOT denying that the girl was raped, threatening her family and blocking the course of justice. If they do, I will go there to fight for justice.”

Unlike in UP, the governments of Punjab and Rajasthan are NOT denying that the girl was raped, threatening her family and blocking the course of justice.

If they do, I will go there to fight for justice. #Hathras

Gandhi and his sister Priyanka Gandhi Vadra were prevented from visiting Hathras with the UP Police personnel declaring the village in Hathras out of bound for opposition leaders and media personnel. It had taken days of protests by opposition parties before the Uttar Pradesh’s Yogi Adityanath government allowed Gandhi and his sister to meet the family members of the Dalit victim, who later succumbed to her injuries at a hospital in Delhi.