Varun Chakravarthy on Saturday spun magic as Kolkata Knight Riders inflicted a humiliating defeat to Delhi Capitals by 59 runs in the ongoing IPL competition. He finished with an impressive spell of 5-20 in four overs. Today’s victory also revived the KKR’s hopes to qualify for the playoff stage. 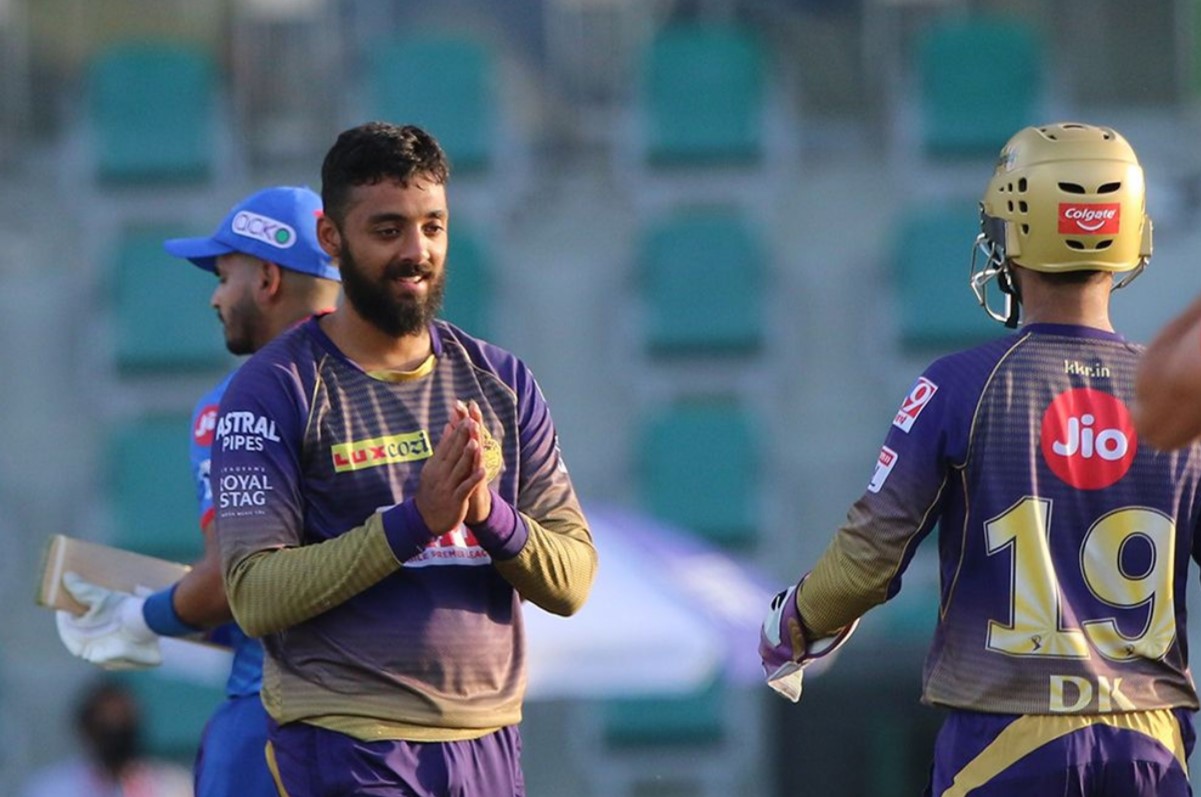 Batting first, Kolkata Knight Riders had put up a huge total of 194-6 in 20 overs with Nitish Rana playing a knock of 53-ball 81 runs. Sunil Narine, who had returned to the side after a prolonged gap, also played a blistering knock of 64 in 32 balls.

Delhi Capitals never looked comfortable in their run-chase as they kept losing wickets at regular intervals. The team from Delhi could only score 135-9 at the end of 20 overs. Varun Chakravarthy was their tormentor-in-chief as the young spinner finished with an impressive figure of 5-20 in his quota of four overs. Pat Cummins, who too was equally devastating with his pace attack, picked up three wickets by conceding just 17 runs in four overs.

With today’s victory, Kolkata Knight Riders have accumulated 12 points in 11 matches. They three more games in hand and look set to make the cut for the playoff stage of the competition, when four teams will be vying for this year’s IPL trophy.

Reacting to his side’s win, skipper Eoin Morgan said,  “We had had a nice couple of days to reflect on things. In such a compact tournament, it can be easy to get caught up. Great of Sunil to come back and play as a proper allrounder. And Nitish Rana and him adding all the runs. The decision to bat Narine there is all the coach. He likes to play his cards. It is all Brendon. Given the nature of the tournament, it is not a tournament where sides get 100 in top 10. You need a longer batting line-up than a strong one. That is why I am batting lower. Varun is such a humble guy. He just goes about his work. Throughout the tournament, he has been our standout performer.”

Delhi Capitals captain Shreyas Iyer said, “Looking at the start, we should have put a lot of pressure on them and gone for wickets. But the way they batted, especially how Sunil Narine went after us. We could have executed the plans better. I think they chose the bowlers to go after really well. They were really good in shot selection. They outplayed us in pretty much every department. Kudos to their approach and mindset. You need an amazing start when chasing 190. Losing two wickets in the Powerplay puts a lot of pressure on the others. We need to play with freedom and not have a survival mindset. Obviously we are disappointed with the loss, but I am glad it is happening at this point of time. There are a lot of learnings from this game.”

Varun Chakravarthy was declared Man Of The Match for devastating bowling spell.