The Uttarakhand Police have reportedly arrested the notorious Hindutva terrorist Yati Narsinghanand in a case related to the genocidal meet against Muslims. A group of Hindutva terrorists had made a call for ethnic cleansing of 20 lakh Indian Muslims in December. 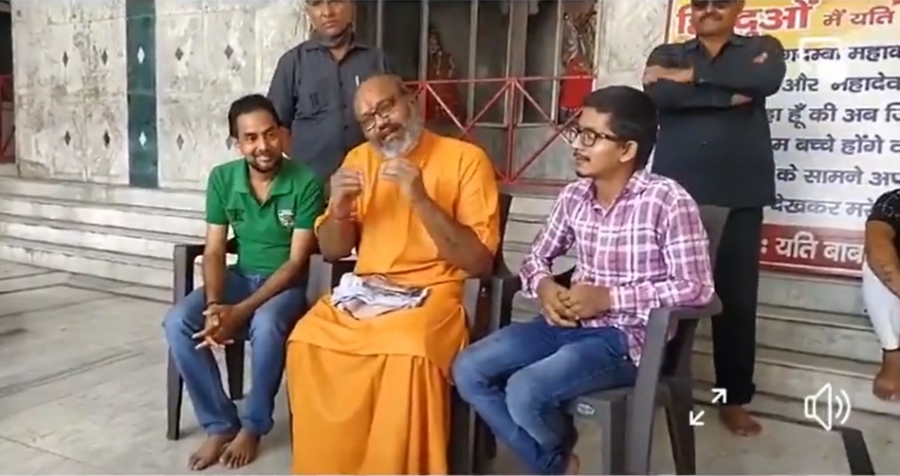 The BJP government of Uttarakhand had refused to take any punitive action against the Hindutva terrorists. The Uttarakhand Police had reluctantly filed an FIR in the case but only arrested one person namely Jitendra Tyagi aka Wasim Rizvi last week.

The Supreme Court had come under criticism for not expediting the matter related to the genocidal meet in Uttarakhand. The top court has merely issued notices to the governments of Uttarakhand and Delhi seeking their response on the matter.

Meanwhile, Dr. Gregory Stanton, President of Genocide Watch said at a Congressional briefing in Washington last week that Prime Minister Narendra Modi had a moral obligation to denounce this kind of hatred and hate speech, which specifically calls for the killing of Muslims.

Stanton, the founder of Genocide Watch, had famously predicted a genocide in Rwanda years before it took place in 1994. “So we are warning that genocide could very well be happening in India,” Stanton said.

As I said in one my videos a few weeks ago, now Dr. Gregory Stanton, who predicted the genocide in Rwanda, too says India is not too far away. #HaridwarGenocidalMeet pic.twitter.com/BR2E7i4Kmg

He said that he had warned the then-Rwandan president that if you don’t do something to prevent genocide in your country, there is going to be a genocide here within five years. That was in 1989. The genocide developed, the hate speech developed, all the early warning signs developed. And as we know, 800,000 Tutsis and other Rwandans were murdered in 1994.’

“We cannot let that happen in India,” Stanton said.

The Indian government has yet to condemn the calls for genocide against Muslims by its supporters.