The role of the third umpire in the second Test in Chennai has come under scrutiny with former cricketers from around the world slamming his umpiring for at least two key decisions favouring Rohit Sharma and Ajinkya Rahane. Those criticising the third umpire in the second Test include former England captain Michael Vaughan, Australian cricketer Glenn Maxwell and cricket journalist Simon Hughes. The topic has also dominated the conversation on the internet amongst netizens. 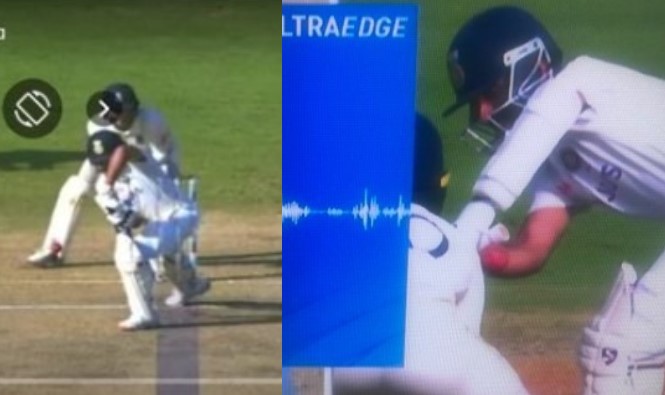 On the first day of the second Test, English skipper Joe Root had reviewed a ‘not out’ decision by the field umpire against Ajinkya Rahane after the latter was suspected to have nicked the ball. However, the third umpire made his conclusion by only checking whether the ball hit Rahane’s bat. He, however, did not care to check if the ball hit Rahane’s gloves on the way up before England players claimed a catch.

Unhappy over the third umpire’s role, Root was seen visibly frustrated and registering his protest to the field umpire. Rahane went on to play a knock of 67 in India’s first innings total of 329.

Reacting to the incident Vaughan tweeted, “Is the Third umpire pissed .. !!!! He is having a stinker .. #INDvENG.”

Maxwell tweeted, “How can a third umpire not look at that?!?!” The Australian all-rounder also used ‘Man facepaling’ emoji in his social media post.

Huges wrote, “Third umpire is having a shocker today #indveng.”

That was not the only questionable decision by the third umpire. On the second day of the Test, English players reviewed the field umpire’s decision to not honour the visitors’ appeal for an LBW against Rohit Sharma. English players argued that Sharma had not offered to play a shot even when the ball hit his pad outside the off stump. The third umpire said that Sharma had indeed offered to play a shot even though his bat was completely hidden behind his pad.

As expected, this too raised many eyebrows with journalists and experts questioning the wisdom of the third umpire.

Bad one from Umpire Virender Sharma. No way in the world Rohit is offering a shot. 2 things: 1)Conversation between umps has to be fluid. TV ump should be able to overrule that call with clear evidence. 2)Alternately, captain needs to know the on-field umps call before reviewing

Rohit Stumped yesterday on line – Not out
Rahane gloves the ball to short leg – Third umpire doesn’t even check the glove – just does bat and LBW
Rohit lbw today not playing a short – Third umpire decides padding away is a shot.

Tell me how Rohit is playing shot here 3rd umpire in one look said he is offering the shot hit outside the line hence it’s a not out pic.twitter.com/b31itZyZAM

Meanwhile, India have taken a commanding lead of 249 runs in the second innings after visitors were bowled out for 134. India are 54 -1 with Sharma and Cheteshwar Pujara batting. India are currently trailing 1-0 in the series after having lost the first Test by 227 runs.