Netizens and activists have reacted angrily to the preferential treatment given to Arnab Goswami after the Delhi Police arrested 21-year-old climate activist Disha Ravi from Bengaluru for allegedly editing activist Greta Thunberg’s ‘toolkit.’ Disha, a student of Mount Carmel College, was brought to India’s national capital, where a local court sent her to five days of police custody. 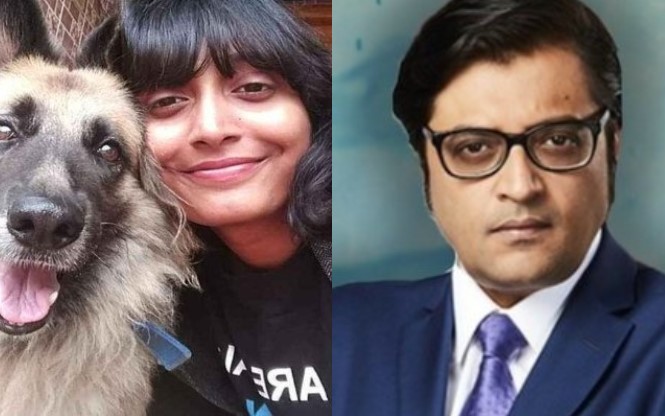 The controversial toolkit was first shared by international climate activist Greta Thunberg earlier this month while voicing her support for the protesting farmers in India. The Delhi Police had filed a case on 4 February in light of the 26 January violence during a tractor rally near the Red Fort in Delhi.

Shame on Amit Shah & His Police.

Arnab Goswami celebrated #PulwamaTerrorAttack which killed 40 of our brave Indian soldiers. He said “WE WON LIKE CRAZY”

Disha Ravi, a 21 year old girl merely edited and shared a Tool Kit which were just list of instructions on how to protest online.

Guess who is arrested.

Welcome to the new India where –

Sadhvi P is free and Disha is in Jail.

Komal Sharma is free , Umar is in Jail.

Kapil mishra is free & Sharjeel is in Jail.

Arnab Goswami is free & Kappan is in Jail.#DishaRavi

Liberty???? How come Courts will uphold to #DishaRavi?? Is she Arnab Goswami to show Personal Liberty???? https://t.co/7J0EQEJFRX

Disha is also one of the founders of the Friday for Future campaign. She broke down when the Delhi Police personnel took her into custody. A tweet from her social media account after her arrest read, “I believe in God, and thank you all for supporting me.”

The Delhi Police alleged that the ‘toolkit’ shared by Greta was aimed at spreading disaffection and ill-will against the government of India and creating disharmony among various social, religious and cultural groups.