A police complaint has been filed against Assam Chief Minister Himanta Biswa Sarma for making derogatory remarks about Congress leader Rahul Gandhi and questioning his parentage. Telangana Chief Minister K Chandrashekar Rao too lashed out at the motormouth BJP leader for lowering the political discourse as he urged the BJP leadership to immediately sack Sarma. 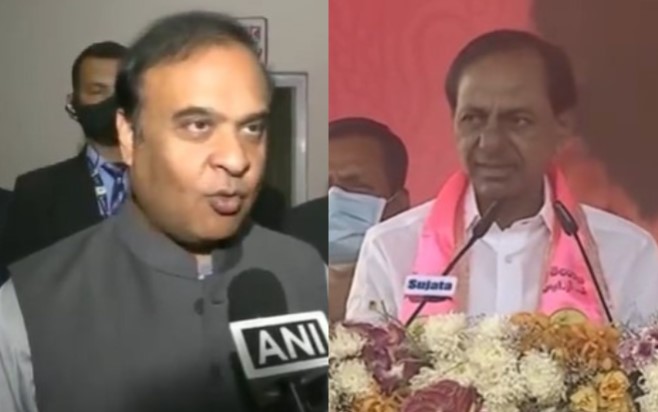 Campaigning for the BJP in Uttarakhand, Sarma had tried to woo voters by reminding how Rahul Gandhi had asked for the evidence on the surgical strikes conducted by the Indian army under the leadership of General Bipin Rawat. Blaming Rahul Gandhi for insulting Bipin Rawat, who hailed from Uttarakhand, Sarma had crossed limits by questioning the Congress leader’s parentage.

He had said, “Rahul Gandhi wanted proof on India’s surgical strikes. Did we ever ask you to prove if you are indeed the son of Rajiv Gandhi?” Sarma was part of the Congress and worked under Gandhi’s leadership until he left the party to join the BJP.

#WATCH Rahul Gandhi wanted proof of surgical strike conducted by India on Pak. Did we ever ask you for proof whether you’re Rajiv Gandhi’s son or not? If our soldiers have said that they’ve carried a strike…then who gave you right to ask for proof: Assam CM HB Sarma in U’khand pic.twitter.com/fYLSbc4Dps

I HAVE TEARS IN MY EYES, says an emotional #KCR while referring to the comments made by #Assam CM @himantabiswa on @RahulGandhi. He demands bartharaf of the #HimantaBiswaSarma
This is definitely a change of pace. What new strategy is being unveiled in #Telangana now? pic.twitter.com/SFK6iuVbLr

Meanwhile, a youth Congress leader said that he had filed an FIR with the Maharashtra Police demanding strict action against Sarma.