India’s national capital faced a severe rainstorm on Monday as nature’s fury wreaked havoc across the city. The rainstorm left two people injured in Delhi’s historic Jama Masjid after a part of the mosque’s dome fell off. Photos of finial from the damaged dome went viral on social media after a journalist shared them on the microblogging site Twitter. Hours later, Hindutva supporters have begun claiming this to be sign of Jama Masjid being a Hindu temple. 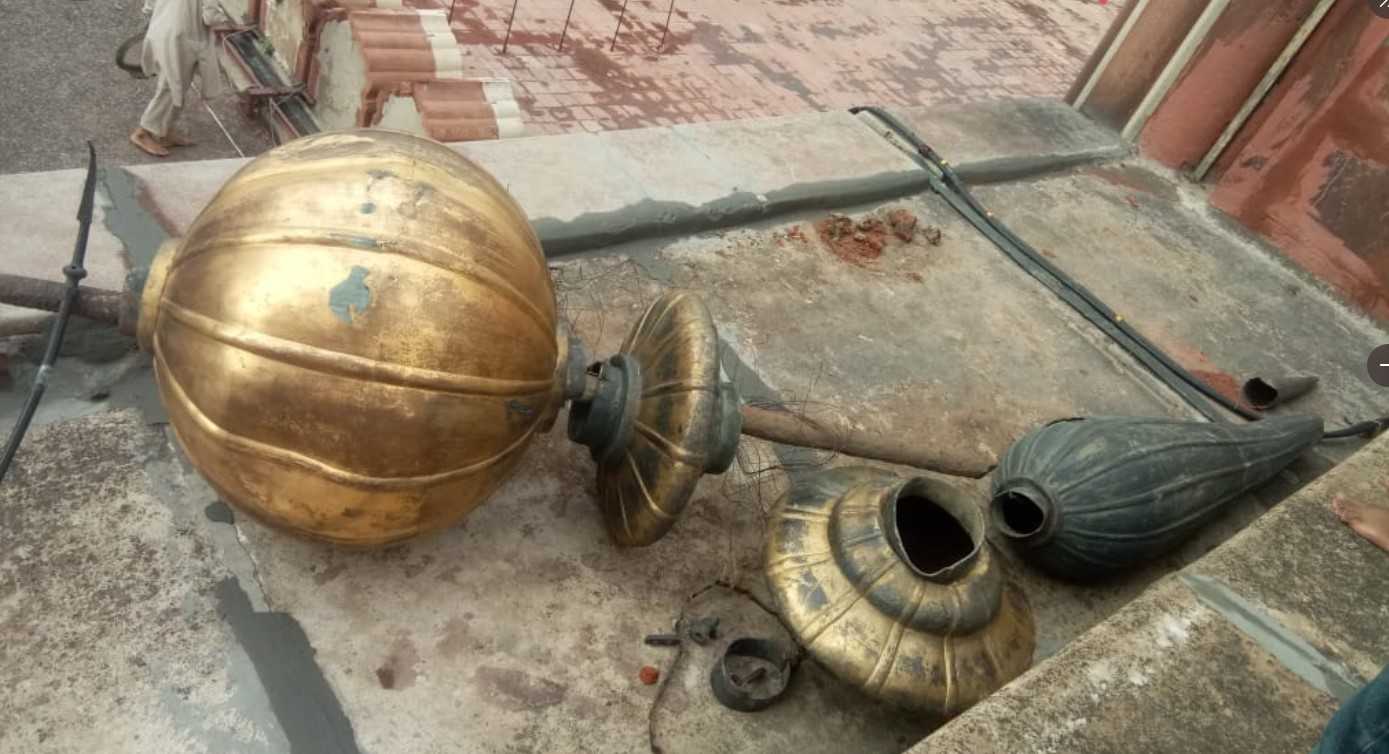 Sharing the photos of the damaged dome, journalist Parvez Sultan wrote on Twitter, “Finial of the main dome of Jama Masjid damaged during rains and storm.”

Finial of the main dome of Jama Masjid damaged during rains and storm @NewIndianXpress @TheMornStandard pic.twitter.com/B1TEN90pYG

Reacting to the development, Shahi Imam of Jama Masjid Syed Ahmed Bukhari told news agency PTI, “The Kalas (finial) of the main dome fell off. It needs urgent repair to prevent further damages. Some stones of the mosque structure also loosened and fell off. I will write to the Prime Minister for immediate repair of the mosque roping in Archaeological Survey of India.”

Officials from Delhi Waqf Board said that they had sent a team to Jama Masjid for inspection and assessment of the damage.

However, social media handles operated by Hindutva groups have now begun claiming that the finial was the sign that Jama Masjid too was built on a Hindu temple. Kuldeep Duggal wrote on Facebook, “Is there a finial on the dome of a mosque? Yesterday, on Somvati Amavasya, as soon as Swayambhu Vishweshwar Nath appeared publicly, the dome of India’s main Jama Masjid broke down and fell on the ground. God himself is indicating that we must free these places from the captivity of Muslims. Our delay is fueling God’s anger, if there is any further delay, then not only forty crores, but the entire human race will face his wrath. All the sources are telling that the next six years are going to be very disastrous.” 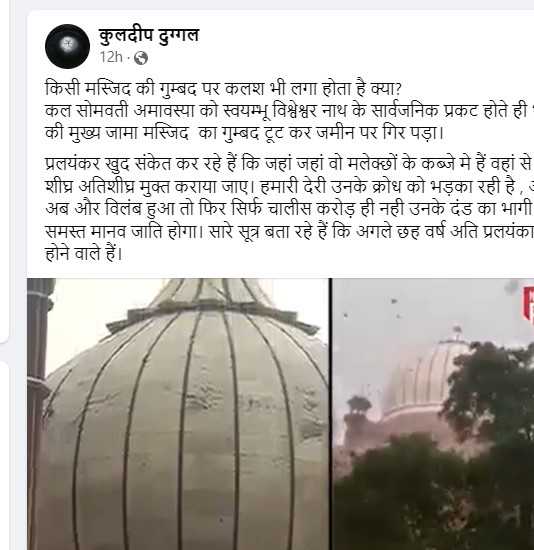 Installing finials atop domes of a mosque is nothing new and the practice is not just confined to India. Mosques all over the world have used finials to adorn their domes.

Here are some of the historical mosques from around the world with beautiful finials in their domes. 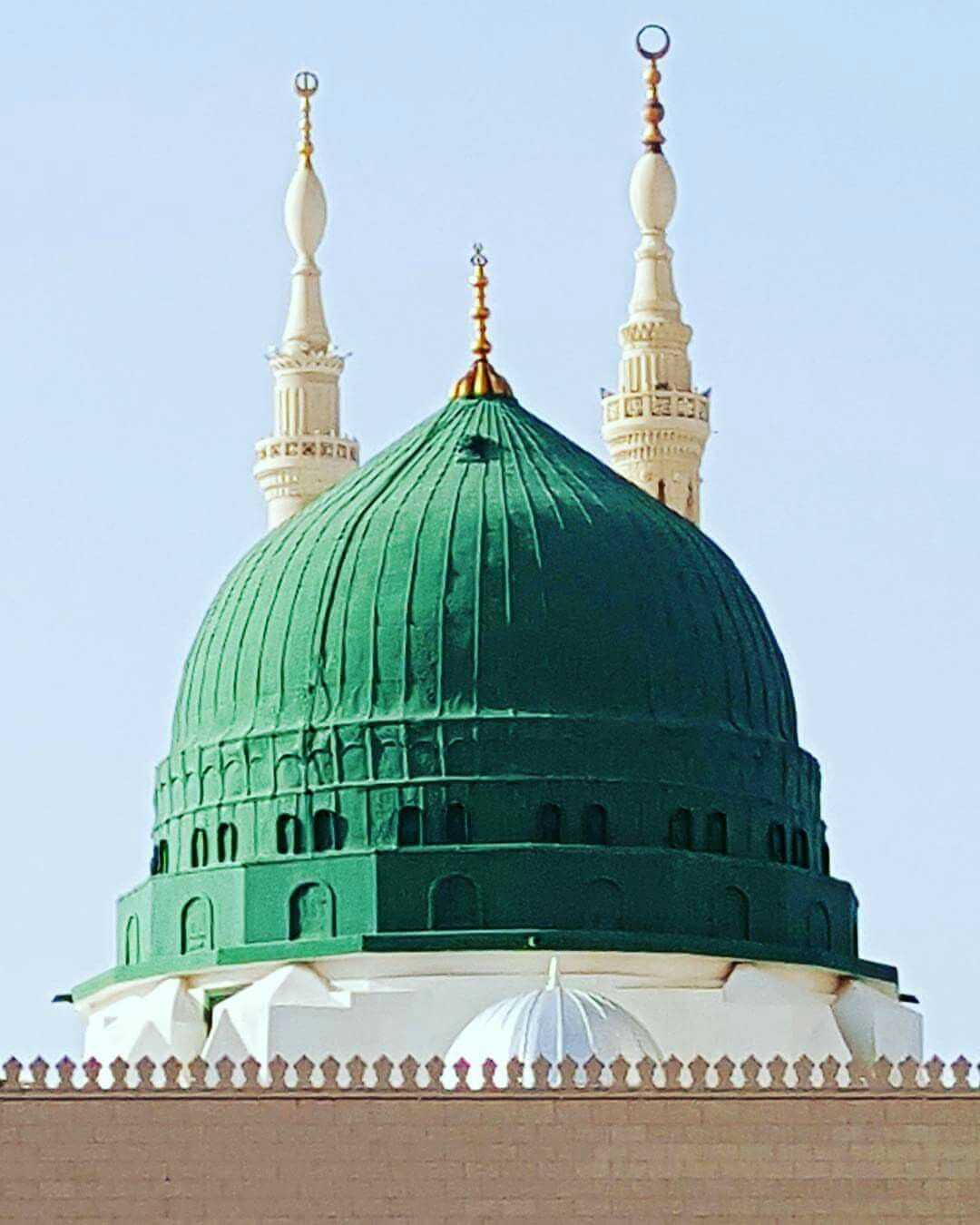 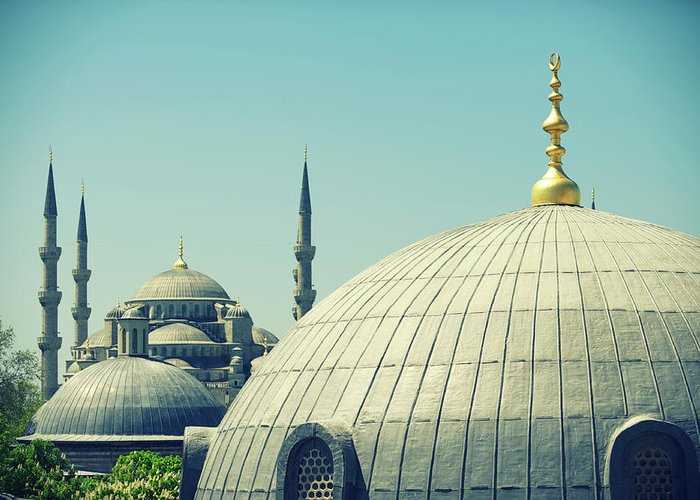 India’s right-wing Hindu groups have begun staking claims on several mosques saying that they were once Hindu temples. They include Varanasi’s Gyanvapi mosque, Delhi’s Qutub Minar and Mathura’s Shahi Mosque Eidgah. Some Hindus have even claimed Taj Mahal and Jama Masjid to be once Hindu temples.