A US-based hacker has sensationally claimed that 2014 Lok Sabha polls were rigged and veteran BJP leader Gopinath Munde was murdered because he was aware of the election rigging using EVMs. 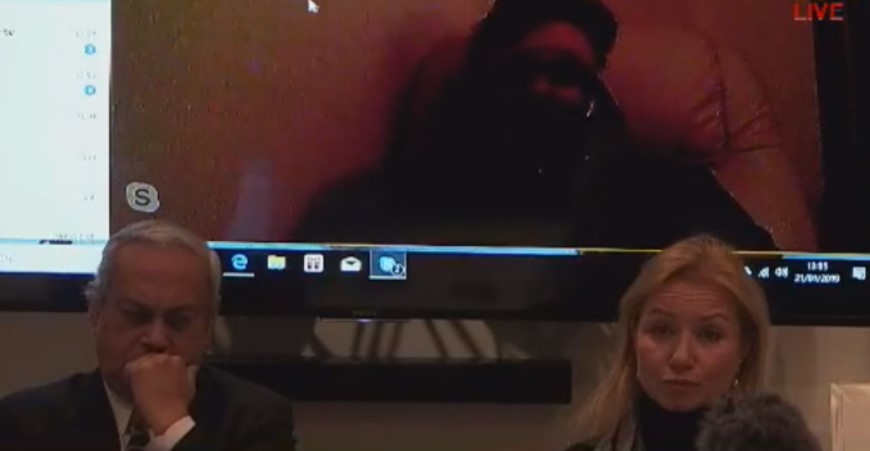 Speaking to media, the US-based hacker, Syed Shuja, said that the 2014 Lok Sabha elections were rigged. “Entire 2014 election was rigged, actual results was completely different than what shown to world. And since then all elections have been rigged. There is a transmitter in the EVM chip,” he said.

Shuja also claimed that Gopinath Munde was murdered because he was aware of EVM hacking. He claimed that Reliance Communications helped the BJP to get low frequency signals to hack EVMs. “Reliance Communications have the network to transmit the date, BJP is the beneficiary. There are nine places in India where there are facilities. The employees don’t know that they are tampering with EVMs. They think they are doing data entry,” he said.

He said that aside from the BJP, the SP, BSP and the AAP too approached him to know if EVMs could be hacked. Shuja said once he was attacked by the BJP in Hyderabad when he went to meet a saffron party leader. Veteran Congress leader Kapil Sibal too joined the press conference today.

Very serious allegations made by #cyberexpert Syed Shuja on corruption and intimidation in 2014 in India. “I was shot at, everyone else died”. pic.twitter.com/UliPy22muV

Syed Shuja appeared through video conferencing link as ;part of Monday’s much-[ublicised  hacking event. The organisers of the event had claimed to show the live hacking of EVMs. This assumed significance in light of this year’s crucial Lok Sabha polls. Many opposition parties have often accused the BJP of tampering with EVMs to achieve favourable election results.

Unlike many developed democracies, India has abandoned the use of ballot papers many years ago with elections now taking place using EVMs.

The invitation by the organiser read, “IJA Europe in co-operation with FOREIGN PRESS ASSOCIATION London cordially invite you to the presentation by and question & answer session with the cyber expert starting 12 noon on Monday 21 January next at the Lutyens and Wedgewood Rooms of The Clubhouse, 8 St James’s Square, London SW1Y 4JU (nearest tube station Piccadilly Circus).”

Among those taking part in tonight’s hacking event is also a cyber expert, who has claimed to be one of the designers of EVMs, used in India. According to him, not only are these machines hackable, but have routinely been hacked in recent Indian national and state elections to rig results.