The murder of Noida resident Santosh Raghav took a dramatic twist after the Noida Police revealed that the deceased’s wife had named her own parents for plotting her husband’s killing on Saturday. As it emerged, Raghav’s murderers had borrowed the plot from Janhvi Kapoor-starrer blockbuster Dhadak, released last year. 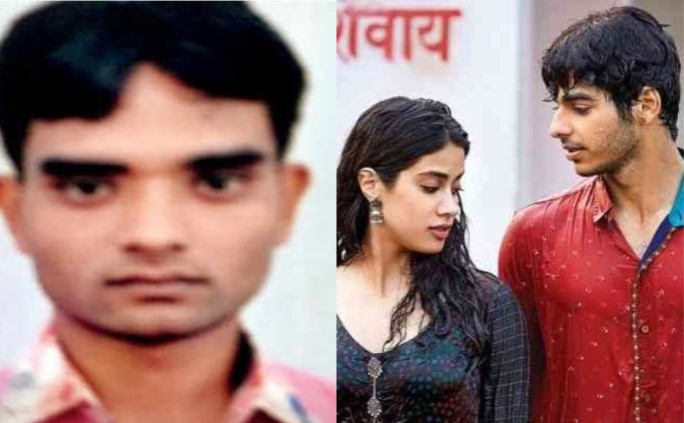 30-year-old Raghav’s body was found hanging from the terrace on Saturday. Speaking to Janta Ka Reporter, the SHO of Noida’s Phase II Police Station, Azad Singh Tomar, said, “the deceased’s wife has filed a case against seven people including her own parents, three brothers and two unknown people. Seven years ago, the two had tied the knot after falling in love with each other. The girl’s parents were against this marriage. That’s the reason why the woman has suspected her own parents’ involvement in her husband’s murder.”

Tomar also told Janta Ka Reporter that the autopsy report had confirmed that Raghav was murdered. The body was handed over to the family, who later performed the last rites. The deceased is survived by his wife, Manju and two children including 4-year-old daughter and two-year-old son.

The family had first termed Raghav’s death as a case of suicide but it was an explosive account of the deceased’s four-year-old daughter that stunned her family as they proceeded to cremate her father. Raghav was a native of Bulandshahr in Uttar Pradesh but lived in Sector 93 of Noida, where he worked as an electrician, while his wife worked in a local garment factory.

30-year-old Raghav had married Manju in 2011 against the wishes of her parents, who had also lodged a police complaint alleging that their daughter was a minor. The couple had later fled to Gurgaon before being detained by police based on the complaint received from Manju’s parents. They were released after Manju’s documents showed that she was 21 years of age at the time of her marriage.

On the day of his murder, he was helping his daughter with her homework when two persons arrived at his house. According to the daughter, one ‘uncle’ was ‘healthy,’ while the other was ‘thin’ and ‘short.’ The ‘thin’ uncle, according to the 4-year-old child, had taken her father to the terrace, where he used a dupatta to hang him to death. The sight of her father being murdered in front of her own eyes had left the girl unconscious. She gained her consciousness only a day later when the family were on their way to Bulandshahr for the deceased’s cremation.

The family quickly informed the Bulandshahr Police, which in turn contacted the Noida Police, which had already started its investigation into the case. Some of Raghav’s neighbours too told the police about two men entering the deceased’s house on Saturday. With this information, the Noida Police had requested their counterparts in Bulandshahr to stop Raghav’s cremation.

In Dhadak too, both Janhvi Kapoor and Ishan Khattar had to pay a heavy price for going against the wishes of the former’s family to get married.