Janta Ka Reporter 2.0
Home India Delhi “Even teleprompter could not withstand so many lies”: Rahul Gandhi on Narendra...

Congress leader Rahul Gandhi on Tuesday took a potshot on Prime Minister Narendra Modi’s embarrassment as a result of teleprompter malfunction during the latter’s address at the World Economic Forum. Gandhi said that even a teleprompter could not withstand the burden of lies uttered by Modi. 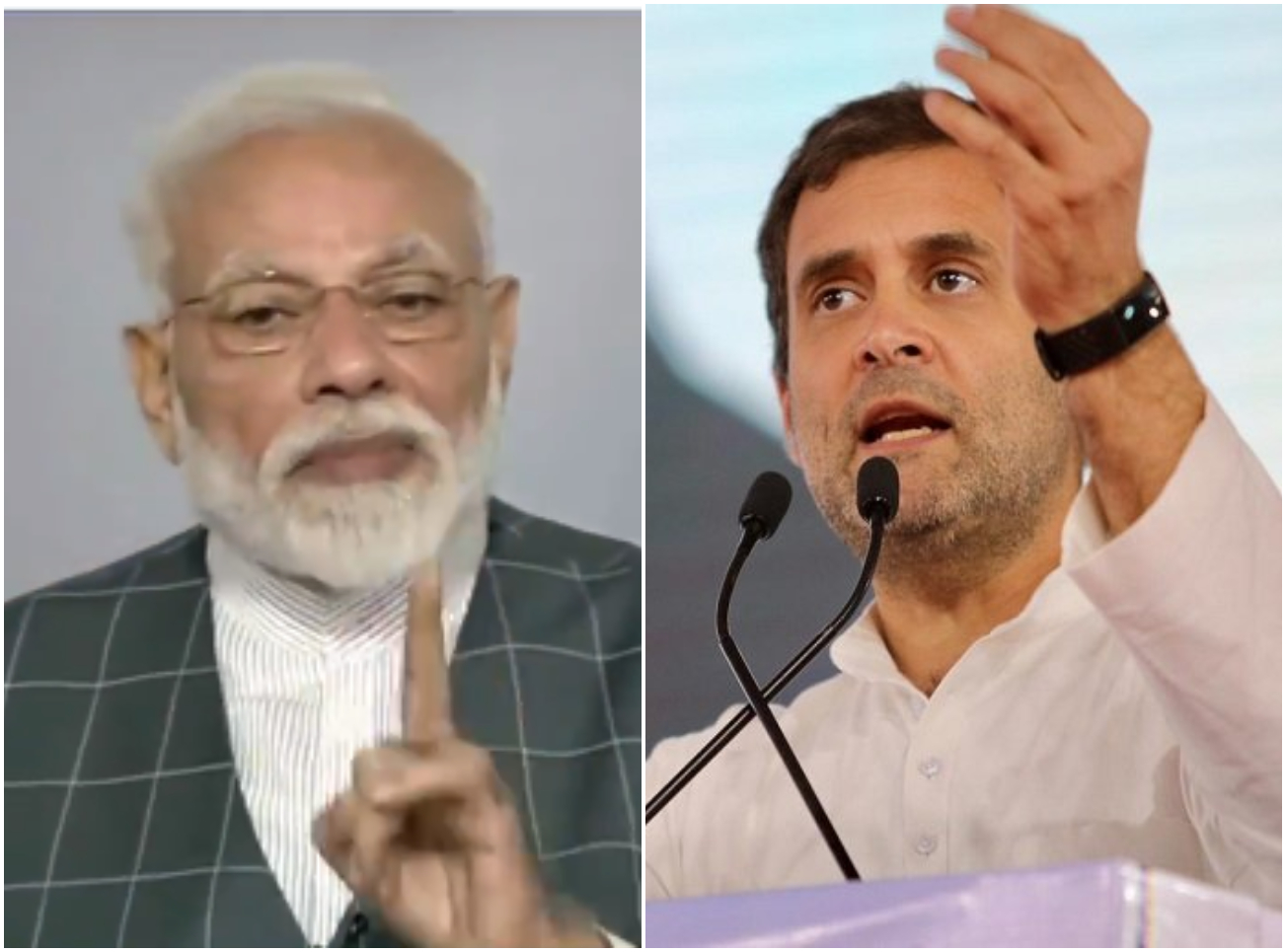 Gandhi tweeted in Hindi, “Even teleprompter could not withstand so many lies.”

More than two minutes into his speech, Modi was seen stammering after his teleprompter appeared to develop a technical snag. Modi made a desperate attempt to imply that he has stopped his speech to inquire if he was audible to all. But even when Klaus Schwab, the founder and Executive Chairman of the World Economic Forum, asked Modi to continue with his speech as he was audible to all, Modi refused to speak.

What made matter worse for Modi was the fact that his speech was being simultaneously translated into English, Arabic, French, Hindi, Mandarin Chinese, Russian and Spanish.

This is not the first time Modi has found himself in a spot of bother during his public address. Contrary to his supporters’ claims about his oratory skills, Modi had to face similar public embarrassment in 2021 when it emerged how his interview at Singapore’s Nanyang Technological University was scripted.