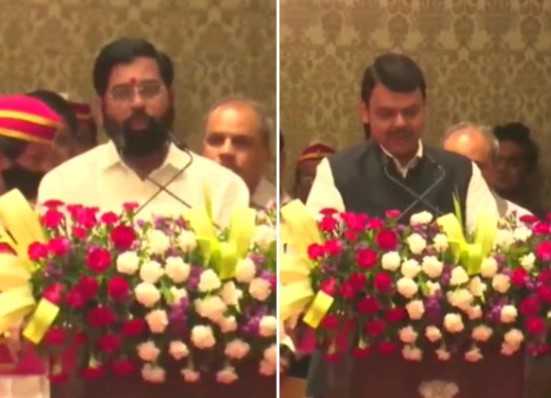 Fadnavis had earlier said that he wouldn’t be a part of the government and instead will help run the government smoothly. However, later he surprised everyone by taking the oath as the Deputy Chief Minister of the state.

Shinde thanked Prime Minister Narendra Modi for his ‘magnanimity’ in making him the chief minister even though the BJP had more numbers in the assembly.

This brought the culmination of days of political uncertainty in Maharashtra. The way for the formation of the new government was paved by the Supreme Court order, refusing to stay the floor test, as directed by Maharashtra Governor Bhagat Singh Koshyari.

Immediately after the Supreme Court’s ruling, Uddhav Thackeray had tendered his resignation as the chief minister of Maharashtra.