Police in New York City have issued a desperate plea asking for the information about the shooter, who killed a 20-year-old mother dead in Upper East Side near the intersection of Lexington Avenue and 95th Street around 8:30 PM on Wednesday. 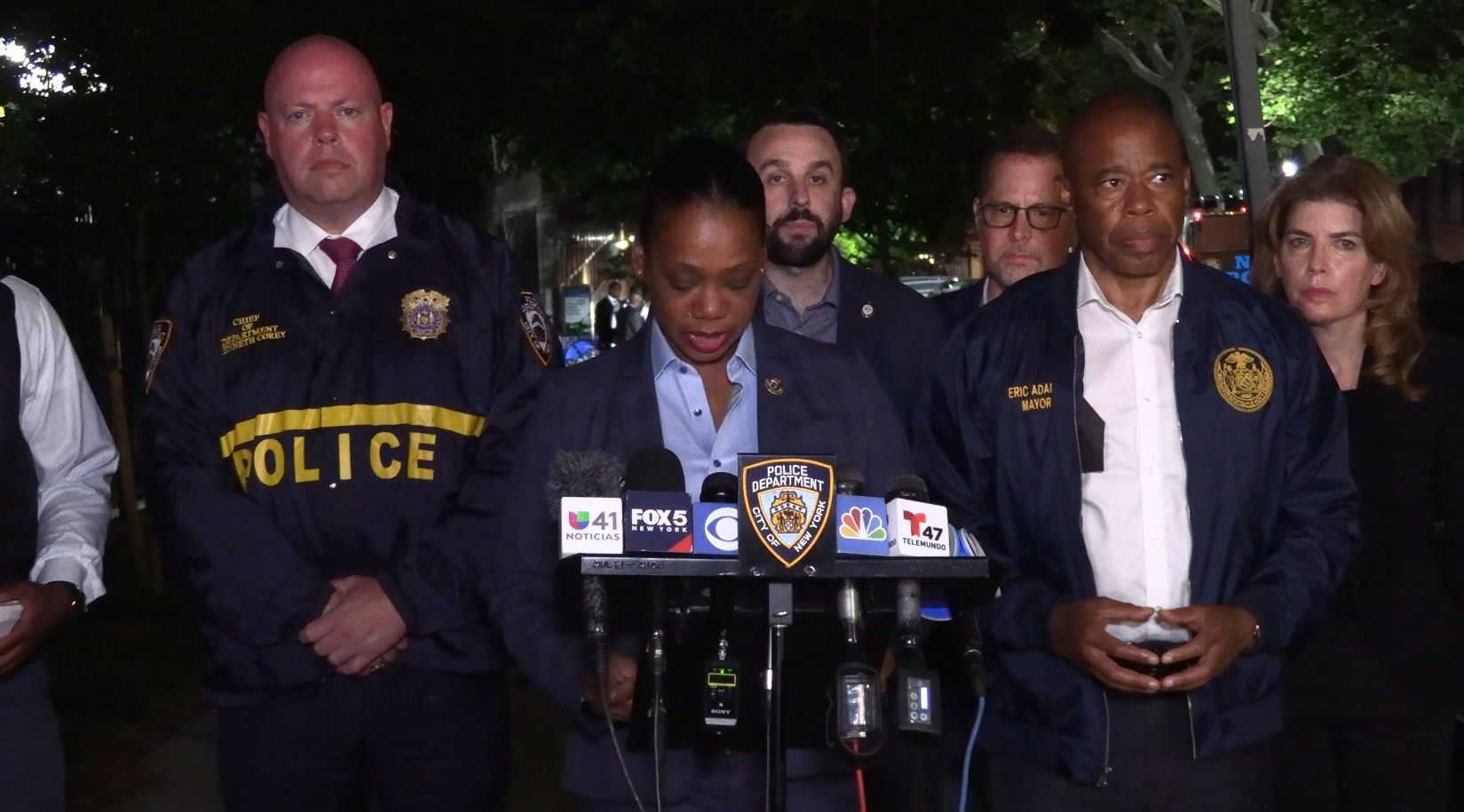 According to the NYPD, the accused shot the young mother into her head once from a very close range. The victim was taken to Metropolitan Hospital Center, where she was pronounced dead.

The woman was walking with her 3-month-old baby in the stroller when the assailant approached her and shot into her head. The baby is believed to be unharmed, said the NYPD during a press conference.

Who Is New York Shooter?

Speaking at a news conference, NYPD Commissioner Sewell said, “The information I’m about to give you is preliminary as the incident is only two hours old… The victim was pronounced deceased at 9.23 PM… Immediately after the shooting, the suspect fled from the scene on foot heading east bound on East 95th Street.”

Sewell added, “He (the suspect) is described as a male, who is last seen wearing a hooded sweatshirt, black shirt and black pant, all black. This time there’s no arrest and I’m urging anyone  Who has information that can help us with this investigation to please call us.”

We lost a 20 year old woman on the Upper East Side tonight. She was pushing a stroller when a gunman took her life. More guns in our city means more lives lost. It means more babies crying as those who love them lie dead. We cannot allow this epidemic to keep claiming lives.”

New York City Council member Julie Menin said, “To think that this incident happened in front of a school with a mother pushing her baby in a stroller is beyond comprehension. My prayers are with the victim’s family. This tragedy is simply unspeakable and this violence must stop.”

There has been an alarming rise in the gun-related violence in America in the recent months triggering debate over the need to control the country’s gun culture.