There were dramatic scenes as the Haryana Police stopped the convoy of Punjab Police carrying BJP’s Tajinder Pal Singh Bagga after the Delhi Police registered a kidnapping case. The Punjab Police convoy was reportedly stopped in Kurukshetra in Haryana, which is ruled by the BJP. 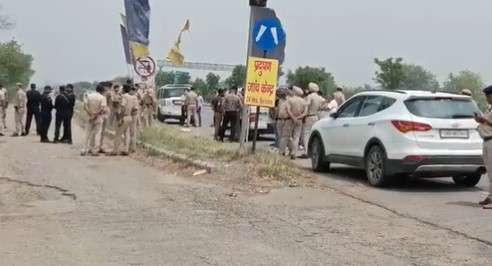 Bagga was later brought back to Delhi by a team of the Delhi Police after the BJP functionary’s father filed a complaint of kidnapping.

Bagga was arrested from his house in Delhi for tweets posted against Delhi Chief Minister Arvind Kejriwal. The controversial BJP functionary was accused of issuing death threats to the AAP chief.

Bagga was arrested by Punjab Police today from Delhi. pic.twitter.com/rAn21Z24p5

Bagga’s father had alleged that the cops dragged his son out of the house during the arrest and even physically assaulted him.