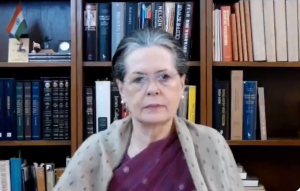 The Congress failed to dislodge the BJP in four states namely Uttar Pradesh, Uttarakhand, Manipur and Goa despite there being considerable anti-incumbency against the saffron party. The grand old party of India also failed to retain its government in Punjab, where the Aam Aadmi Party won a historic landslide by sweeping the polls.

Punjab Congress chief Navjot Singh Sidhu, whose appointment in his new role eight months ago, had triggered a clash within the party, too is amongst the five leaders ordered to resign from their posts.