Congress MLAs on Wednesday staged a protest inside the Karnataka Assembly after BJP Minister KS Eshwarappa said that his party will hoist the saffron flag at the Red Fort in Delhi. Karnataka Chief Minister Basavaraj Bommai has defended his cabinet colleague saying that no action was needed against him. 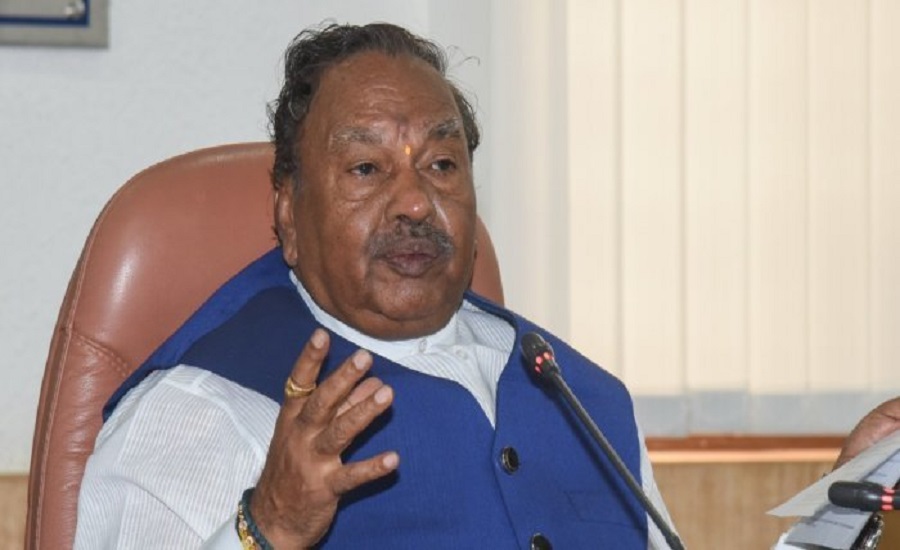 Reacting to Eshwarappa’s comments, former Karnataka Chief Minister Siddaramaiah said, “Karnataka Minister KS Eshwarappa recently said: “We will hoist a saffron flag at Red Fort”. The chief minister should sack him from the Cabinet. He has no right to continue as minister after this statement.”

He added, “Sedition cases were registered against farmers who tried to hoist their flag at the Red Fort. Similarly, a case of sedition should be filed against Karnataka Minister KS Eshwarappa for his statement.”

Sedition cases were registered against farmers who tried to hoist their flag at the Red Fort. Similarly, a case of sedition should be filed against Karnataka Minister KS Eshwarappa for his statement: Karnataka LoP Siddaramaiah

Reacting to Siddaramaiah’s demand for action against the BJP minister, Karnataka Law Minister JC Madhu Swamy, said in the assembly, “Eshwarappa was asked by media if a saffron flag would be hoisted on Red Fort. In response, he said ‘maybe, one day’. We say the national flag is our flag.”

Bommai, according to ANI, said that his cabinet colleague’s statement was being taken out of context adding that he did not say anything wrong. “Eshwarappa has issued a clarification. He didn’t say that saffron flag will be hoisted at the Red fort immediately but in another 300 or 500 years. He said it may or may not happen. He also added that we have accepted the national flag and no one must disrespect it.

“They are selectively quoting only a part of his statement and are misleading the people in the state and the assembly. Legally, Eshwarappa has not committed any mistake and no action can be taken against him.”