Condolences have poured in for veteran industrialist Rahul Bajaj, who died at the age of 83 in Pune. The former chairman of the Bajaj Group was being treated for pneumonia and heart problem at a private hospital in Pune. 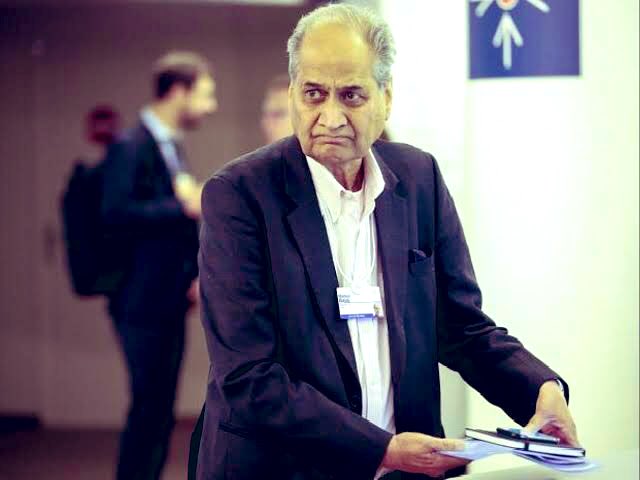 A statement from the Bajaj Group said, “It is with deep sorrow that I inform you about the passing away of Shri Rahul Bajaj, husband of the late Rupa Bajaj and father of Rajiv/Deepa, Sanjiv/Shefali and Sunaina/Manish. He passed away on the afternoon of 12th February, 2022 in the presence of his closest family members.”

Former Finance Minister P Chidambaram tweeted, “Rahul Bajaj was the one who put average Indians on two motorised wheels. In his passing away, we have lost a far sighted and outspoken business leader. My sincere condolences to his family and numerous members of the Bajaj family and Bajaj  group of business.”

NCP chief Sharad Pawar wrote, “I am deeply shocked to learn about the sad demise of Padma Bhushan Shri Rahul Bajaj! The grandson of eminent freedom fighter Jamnalal Bajaj brought transformation in society especially in poor and middle-class people with his two-wheel technology – a Bajaj Bike!”

Industrialist Harsh Goenka tweeted, “The ‘spine’ of Indian business cracks. A close family friend, he was a visionary, straight talking and very respected for his value systems. An era ends! He leaves behind the two most capable sons in Indian industry, Rajiv and Sanjiv. #RahulBajaj Om shanti…”

Bajaj was born on 10 June 1938 and remained the chairman of the Bajaj Group for more than 40 years.He stepped down from that post year. He was awarded the Padma Bhushan, the third-highest civilian honour, in 2001.

A vocal critic of the Narendra Modi government, Bajaj had lashed out in the presence of Home Minister Amit Shah in 2019 for promoting a climate of fear. Speaking at an event organised by The Economic Times, Rahul Bajaj had said that he wasn’t sure if the government headed by Modi will ever appreciate criticism.