The presence of Shah Rukh Khan’s son Aryan Khan at this year’s IPL auction has set the internet on fire as fans targeted supporters of Prime Minister Narendra Modi, popularly known as bhakts. This was after Shah Rukh decided to send his children, Aryan and Suhana Khan, to take control of the bidding war on his behalf. Aryan and Suhana were seen reacting in shock after the auctioneer Hugh Edmeades collapsed during LIVE bidding for a cricket player. 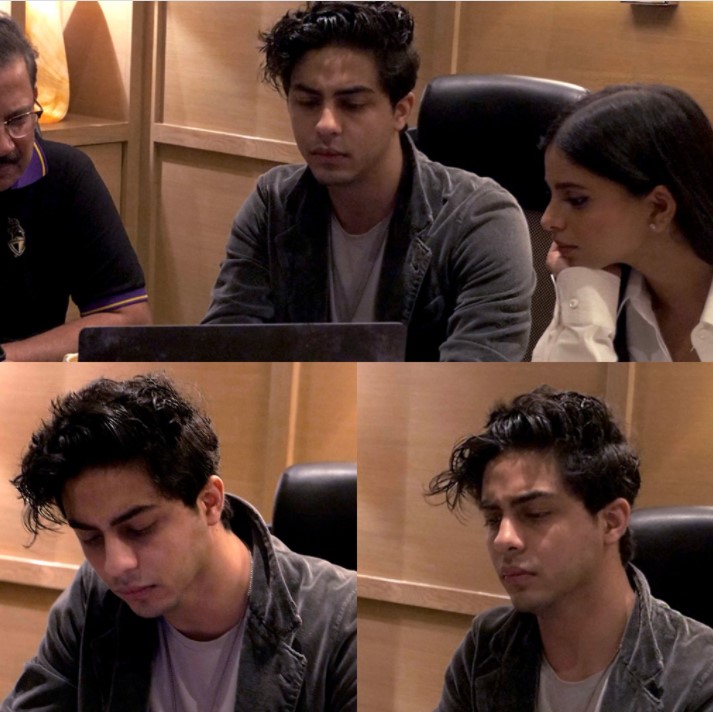 While Aryan rose from his chair to inquire about the auctioneer’s health, Suhana remained seated at her chair but looked in a state of shock. Aryan faced brutal trolling from BJP supporters for his reaction. Some BJP supporters linked even this tragic incident to Aryan’s arrest by the Narcotics Control Bureau last year.

But, Aryan’s fans moved in with lightning speed to defend the son of their screen idol, Shah Rukh Khan. Many mocked BJP supporters by addressing them as bhakts as they highlighted their status as Rs. 2 trolls.

The presence of Aryan Khan in the auction itself is a statement that none of the keyboard warriors’ bullying matters in reality and they are living in a delusional metaverse of abusing, and this man is strong and diverting the force in the right direction for his development ????

Last year, the Narcotics Control Bureau had arrested Aryan along with seven others from a Goa-bound cruise ship. He had to spend several weeks in Mumbai’s Arthur Road jail since the NCB accused him of the consumption of drugs. Although Aryan’s lawyers argued that nothing was found from his possession, the NCB sought to make a case against him citing WhatsApp chats.

Later, the Bombay High Court granted bail to Arryan and rejected the Narcotics Control Bureau’s claims on the conspiracy hatched by Shah Rukh Khan’s son in the drug racket case. In its detailed bail order on Aryan Khan and his friends Arbaaz Merchant, the Bombay High Court had said that there was no evidence to infer that they committed offence under the Narcotics Drug and Psychotropic Substance Act.