Uttar Pradesh’s Kanpur witnessed violent communal clashes between two communities on Friday over the alleged insult to Prophet Muhammad (PBUH). Two communities pelted stones on each other after the Friday prayers. 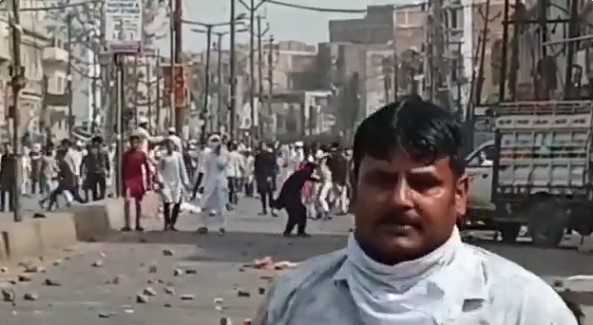 The violence broke out in the Becongunj area near Yatimkhana after police allegedly baton-charged some locals, reported Hindustan Times.

The clash started after some locals shut their shops and took out a procession over an insult to Prophet Muhammad (PBUH). BJP spokesperson Nupur Sharma had recently made insulting comments about Prophet Muhammad during a TV show..

In Kanpur: Clash between two group over the closure of the market, Pelted stones on each other. Police officers & forces of many police stations reached the spot to control the situation. pic.twitter.com/0zQRpLlXfL

The police were able to control the situation, but the violence broke out after an interval once again. Additional deployment of police has been sought.

There were reports of some shots being fired. It’s not clear whether those shots were fired by cops or people engaged in communal clashes.