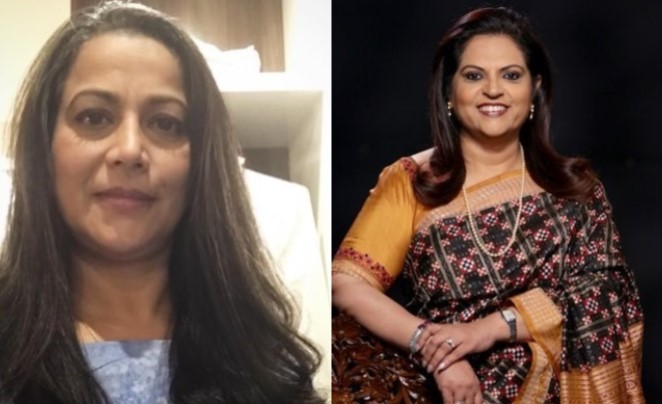 Reacting to a statement from RSS chief Mohan Bhagwat, Mona had tweeted, “Arre poor @akshaykumar & #ChandraprakashDwivedi Sudden u-turn by Saffron Extremist shiromani makes a mockery of their interview with shitty @navikakumar about #GyanvapiMosque Poor @YRDeshmukh suddenly does not want to know ‘our history’ anymore either?? @SecBlinken effect is it?”

Bhagwat had stunned even his own supporters by saying that Hindus mustn’t look for a Shivling in every mosque and confrontation wasn’t the future direction of travel. Bhagwat’s statement came amidst US Secretary of State Tony Blinken said that there had been rising attacks on people and places of worship in India, asserting that America will continue to stand up for religious freedom around the world.

Responding to Mona’s jibe, Navika wrote, “How tolerant Madam @MonaAmbegaonkar. Do you regularly call people shitty & other adjectives? Impressed with your “education” & social courtesies!! 😊😊. Enjoy the rest of your day!!!”

Defending her ‘shitty’ jibe for Times Now and its controversial anchor, Mona replied, “I call shitty people shitty @navikakumar You qualify. Now what about the Sanghi u-turn? How does that impact your interview with @akshaykumar & #ChandraprakashDwivedi ? Or you haven’t yet been briefed on what to say about that by your handlers/editors?”

This prompted Navika to lose her cool as she too resorted to a similar attack as she wrote, “Madam @MonaAmbegaonkar please carry on your venomous vitriol. It’s a free country & those wanting to revel in heart burn can freely continue to do. I don’t know you & your “shit” doesn’t matter to me. But keep watching @TimesNow & @TNNavbharat.”

Not to be outdone, Mona replied, “Dear shitty @navikakumar I never watch your shitty channel. Though you did get me to come on one of your filthy shows once & when I saw you screaming like a crazy banshee, I left the show midway & asked your cameraman to leave my house at once. He was so ashamed of you.”

Dear shitty @navikakumar I never watch your shitty channel. Though you did get me to come on one of your filthy shows once & when I saw you screaming like a crazy banshee, I left the show midway & asked your cameraman to leave my house at once. He was so ashamed of you. https://t.co/JiS9mS3Pap

Navika has been facing widespread public ire after she BJP spokesperson Nupur Sharma made objectionable remarks about Prophet Muhammad (PBUH) on her show recently. Far from making a timely intervention or apologising for the BJP spokesperson’s act, Navika was seen showing solidarity with Sharma a day later. Her TV channel had later issued a clarification and deleted the video, but no apology was ever issued.

The said broadcast was the reason why Kanpur erupted in violence on Friday as protesters observed bandh in the city. This led to communal clashes in the city. Sharma had approached the Delhi Police fearing threats to her life.