Former BJP Rajya Sabha MP Subramanian Swamy has dropped a bombshell by alleging match-fixing in the just-concluded IPL as he took potshots at Home Minister Amit Shah and his son Jay Shah. The outspoken BJP leader said that he would approach the court with a Public Interest Litigation on the matter. 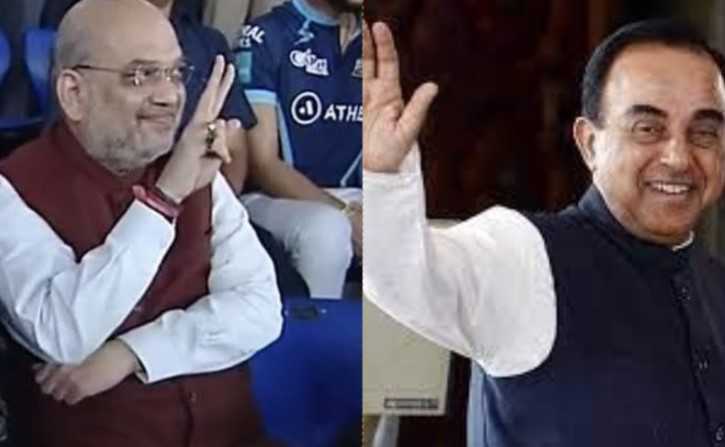 Swamy said that a probe was necessary to clear the air but he did not expect the government to act since the Indian cricket board was being controlled by Amit Shah’s ‘dictator’ son Jay Shah.

“There is widespread feeling in intelligence agencies that the Tata IPL Cricket outcomes were rigged. It may require a probe to clear the air for which PIL may be necessary since Govt will not do it as Amit Shah’s son is defacto dictator of BCCI,” Swamy wrote on Twitter.

There is widespread feeling in intelligence agencies that the Tata IPL Cricket outcomes were rigged. It may require a probe to clear the air for which PIL may be necessary since Govt will not do it as Amit Shah’s son is defacto dictator of BCCI

The just-concluded IPL was won by the newly inducted team Gujarat Titans, who beat Rajasthan Royals to lift the title in their maiden attempt. The final was hosted at the Ahmedabad’s Narendra Modi Stadium with Amit Shah being one of the top guests.

Twitter had exploded with allegations of match-fixing as many felt that making Gujarat Titans win under a Gujarati captain, Hardik Pandya, at a stadium named after Indian prime minister, who hails from Gujarat was too much of a coincidence. Jay Shah, the son of Amit Shah, is the secretary of the Indian cricket board.

Others highlighted how Jay Shah was seen celebrating the Gujarat Titans’ IPL win even though he was expected to be neutral as the BCCI secretary.

Is this the way a BCCI official should celebrate on a individual team’s victory, where is professionalism and neutrality.

Looks like it was all previously fixed. #fixing
Never gonna support this fraud team ever in my life. No joy in IPL this time most boring IPL final.#fixing pic.twitter.com/Z6WbOIuy9Q

How to sell maximum tickets ??

Still IPL lovers believe that IPL is not scripted.#fixing

Fans are investors
Corporates are gainers.
Peoples are fools.
Players are just actors.

Last month, India’s federal agency CBI had booked seven suspected punters in connection with two separate cases related to alleged fixing of 2019 Indian Premier League matches “based on inputs” from Pakistan. A report by news agency PTI said that those named in the FIR included Dileep Kumar, based in Rohini, Delhi, Gurram Vasu and Gurram Satish based in Hyderabad, Sajjan Singh, Prabhu Lal Meena, Ram Avtar and Amit Kumar Sharma, all from Rajasthan.