Delhi Chief Minister Arvind Kejriwal is facing condemnation for his latest U-turn on providing free electricity people of Delhi as his critics called him the B team of the RSS. 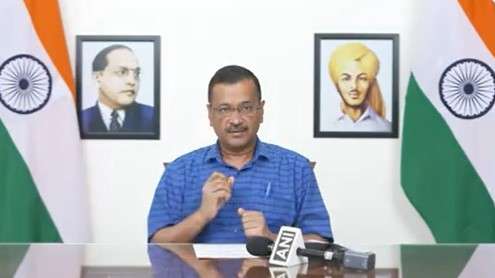 In a LIVE video on Twitter, Kejriwal said, “Today, the Delhi government’s cabinet took an important decision. From time to time, we receive suggestions and feedback from people. They say ‘it’s good that you give us free electricity. But some of us are capable and we don’t want free electricity. We don’t want your subsidy.’ So now we’ve decided that we will provide options.”

Kejriwal said that his government will only provide subsidy to those who wil ask for it. “If they say that they don’t want it, then we will not give them,” Kejriwal added.

The new measures will be implemented from 1 October this year.

Kejriwal’s Aam Aadmi Party had won elections in Delhi on the promise of providing free water and electricity with considerably subsidised rates. He sold his so-called Delhi model to repeat the same ‘free’ promise to voters in Punjab, where his party won a historic landslide in this year’s assembly polls.

Kejriwal’s critics, who’ve often accused of being the B team of the RSS, wasted no time in launching an attack on him for his latest U-turn. Rohan Gupta of the Congress tweeted, “RSS’ B team is also on the A team’s path. Free promise before elections, change of mind after elections.”