Delhi Chief Minister Arvind Kejriwal and his Punjab counterpart, Charanjit Singh Channi, on Wednesday found themselves engaged in a war of words after the Narendra Modi government’s Enforcement Directorate raided the house of the Punjab chief minister’s nephew. 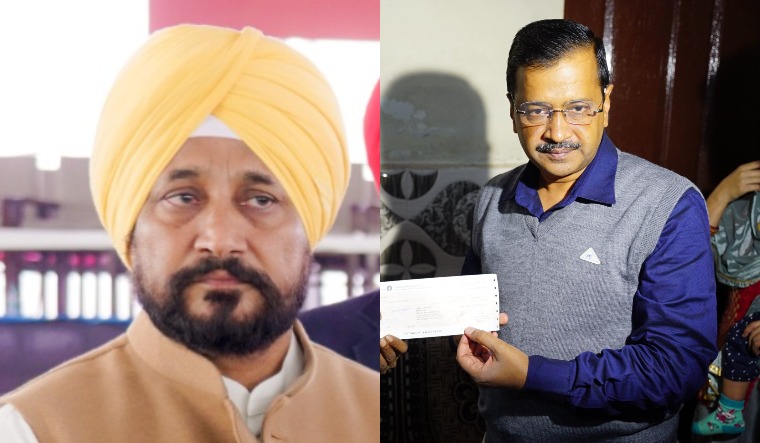 According to reports, the ED raided the houses of Channi’s nephew Bhupinder Singh and the latter’s business partner Sandeep Kumar. The financial probe agency, which has historically been used by the Modi government to target its political rivals or critics, is believed to have recovered more than Rs. six crores. Of them, Rs. four crores were reportedly recovered from Bhupinder Singh’s residence, while Rs. two crores were recovered from Kumar’s house.

Reacting to the news, Kejriwal tweeted, “Channi is not a common man. He’s a dishonest man.”

Channi replied, “Kejriwal, why were shouting from the rooftop when your relatives were raided?”

Kejriwal tweeted, “Channi sahab, Modi ji had not raided my relatives but me, a sitting CM. They only found just 10 mufflers from my house. They didn’t find so much cash and vehicles from my house. You did wonders in 111 days.”

The ED had raided the premises belonging to Bhupinder Singh and Kumar in several locations in Chandigarh, Rupnagar, Ludhiana, Pathankot and Mohali on Tuesday. The search operation came to an end on Wednesday night.

Reacting to the raid, Channi said that the Modi government was attempting to apply pressure on him just before the polls.

“This is a conspiracy to trap me in this case. They are taking revenge because I stood with Punjab and people of Punjab during the Prime Minister’s visit to Ferozepur,” Channi was quoted as saying by Hindustan Times.

Modi’s convoy was stuck for 20 minutes at a flyover in Bhatinda earlier this month, forcing him to return to Delhi. Modi was not able to attend his scheduled rally in Ferozepur. While Modi and his party, the BJP, blamed Channi for jeopardising the security of the prime minister, the Punjab chief minister had blamed the poor turnout in Ferozepur for Modi’s frustration.

Punjab was scheduled to go to polls in a single phase on1 4 February. However, the Election Commission has now deferred to polls to 20 February. The counting of votes will be held on 10 March.