Arnab Goswami has never missed an opportunity to take potshots at his former employer, NDTV, by mocking its journalism. However, his attempt to take a dig at NDTV on Tuesday backfired as one of his guests indirectly reminded him that the controversial anchor was being ungrateful to a TV channel, which gave him fame. 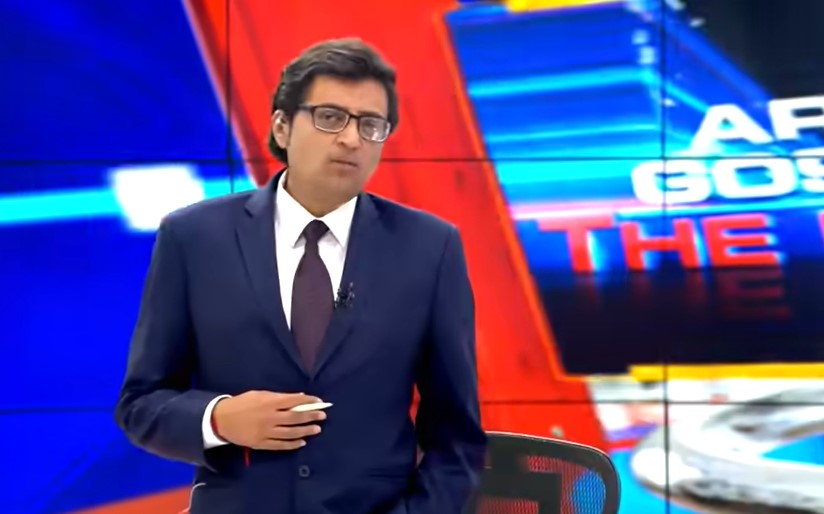 Goswami was hosting a special broadcast based on so-called opinion polls for the poll-bound states in India. As expected, Goswami’s predictions said that the BJP was destined to sweep polls in Uttar Pradesh, Uttarakhand, Goa and Manipur. In Punjab, Goswami said that Arvind Kejriwal-led Aam Aadmi Party, which has been funding Republic TV’s Islamophobia with crores of taxpayers’ money, was set to form the government.

While discussing the opinion polls, Goswami said, “..Which is why I believed that this text book analysis is a bad thing. People working in Lutyens channels with four-letter names. They don’t understand in details of how things work. The fact is that 107 seats have been announced by the BJP till now…What percentage of that 107 seats have been given by the BJP to OBCs?”

Responding to Goswami’s ‘four-letter’ barb for NDTV, a guest told the Republic TV founder too not forget the contribution of that TV channel in his growth as a TV anchor. “Mr. Goswami…You are talking about a channel with four-letter word. Arre I grew up watching you on that channel yaar. Be little kinder.”

Goswami’s prediction said that the BJP was set to win an absolute majority in Uttar Pradesh, Uttarakhand, Goa and Manipur. As for Punjab, the so-called opinion polls said that Kejriwal’s AAP was likely to win more than 55 seats in the 117-seat assembly.

AIMIM’s Waris Pathan reminded Goswami how his TV channel had predicted a sweep for the BJP in Bengal last year. The Hindutva party was decimated with Mamata Banerjee’s Trinamool Congress winning more than 200 seats in the 294-seat assembly. Pathan also said that Goswami’s TV channel had made similar predictions in favour of the BJP in Haryana whereas the reality was that the saffron party failed to win a majority in the state.

The BJP in Uttar Pradesh has been facing mass defections with a host of senior leaders and ministers quitting the party to join the rival party, the Samajwadi Party. Chief Minister Yogi Adityanath was first expected to contest from Ayodhya to ride piggyback on the Hindutva sentiments, but later changed his mind and announced his candidature from his home ground of Gorakhpur.

Goswami was recently in the news recently after a video of Samajwadi Party chief Akhilesh Yadav asking a Republic TV employee if his boss was in jail. This had prompted an NDTV anchor to take a potshot at Goswami by claiming that whatever little respect that the latter still enjoyed was due to his past stint with his previous employer.