News agency ANI has been facing intense social media roasting after it claimed on Tuesday night that police in Noida had quarantined a group of people in Sector 5 Harola since they allegedly came in contact with the Tablighi Jamaat. However, the Noida Police wasted no time in declaring that the said news item flashed by the ANI was fake. 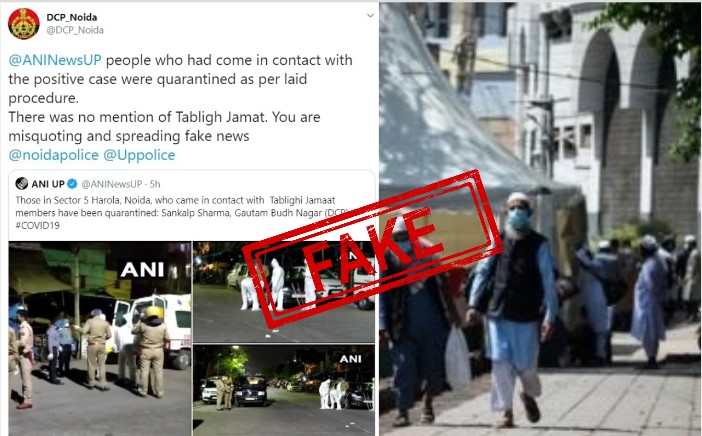 The official Twitter handle of ANI UP had sensationally claimed on the microblogging site, “Those in Sector 5 Harola, Noida, who came in contact with Tablighi Jamaat members have been quarantined: Sankalp Sharma, Gautam Budh Nagar (DCP) #COVID19.” 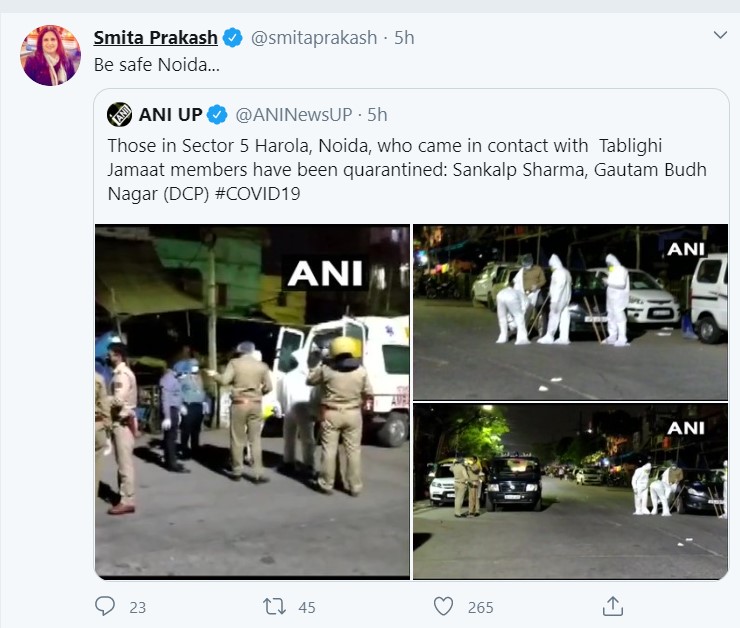 However, the DCP-rank officer of the Noida Police quoted in the ANI flash publicly contradicted the news agency’s claim and termed it ‘fake news.’ The tweet by DCP Noida read, “@ANINewsUP people who had come in contact with the positive case were quarantined as per laid procedure. There was no mention of Tabligh Jamat. You are misquoting and spreading fake news. @noidapolice @Uppolice.”

@ANINewsUP people who had come in contact with the positive case were quarantined as per laid procedure.
There was no mention of Tabligh Jamat. You are misquoting and spreading fake news@noidapolice @Uppolicehttps://t.co/HwIM5Cr7K3

The public rebuttal by DCP Noida was also retweeted by the official Twitter handle of the Police Commissionerate Noida. 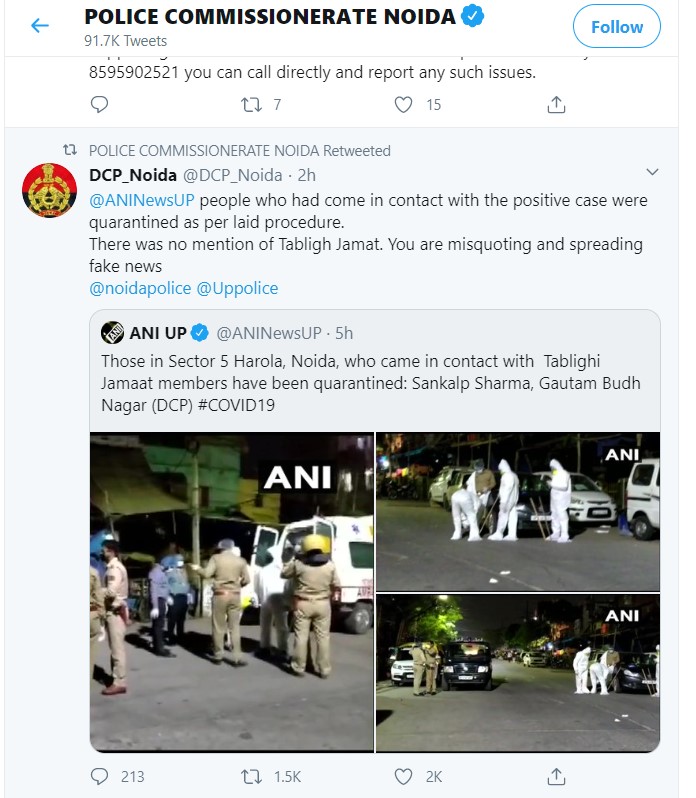 Soon, ANI began to face brutal social media roasting with many demanding strict action for spreading fake news. Curiously, the tweet posted by ANI UP remained live on its page for more than four hours even after the DCP Noida declared it fake.

Have some shame.. Apologize

Thanks for calling out @ANI‘s propaganda. But @ANI is so used to adding ‘Tabligh Jamath’ in their tweets from a few days. https://t.co/1LRJt71JSc

So this Tablighi Jamat has become like chat masala..just add it to spice it up eh?? It’s called out as fake news? And still this @ANI is a premier news agency?https://t.co/tmzZkw4vQ5

Faced with widespread condemnation, the ANI UP Twitter handle deleted its fake tweet and issued a clarification. 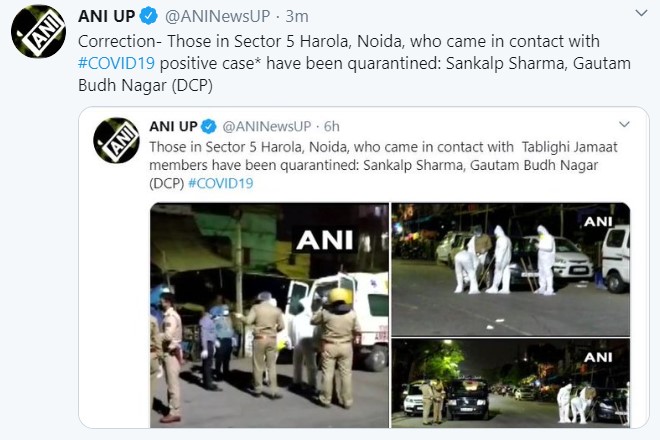 It, however, did not delete another tweet, which too had made similar fake claims on Tablighi Jamaat.

On Monday, the Firozabad Police in Uttar Pradesh had forced Zee Media to delete its tweet, which falsely claimed that a group of Tablighi Jamaat members had pelted stones when the medical team arrived to pick them up.

However, a woman claiming to be a medical officer, who was a part of the team that evacuated the Nizamuddin Markaz, had revealed that no one had misbehaved with them.