Delhi Chief Minister on Thursday said that Bhagwant Mann was not interested in being declared as the CM face for the Punjab assembly polls. The AAP convenor had earlier promised to declare the CM face for his party within a few days. 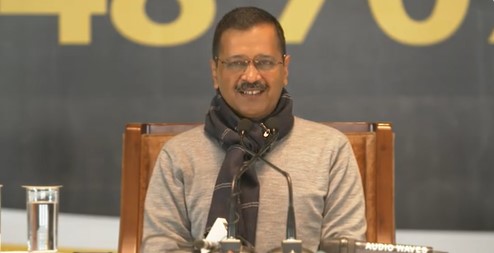 Kejriwal said, “Bhagwant Mann is very dear to me, he is like a younger brother. He’s the tallest leader of the Aam Aadmi Party. I was also saying that we should make him the CM face for Punjab Assembly elections, but he said let the people of Punjab decide this.”

Kejriwal on Wednesday had told reporters that his party’s chief ministerial candidate for the Punjab assembly polls will be announced next week.

Kejriwal announced a phone number for people to call to inform who they wanted to become the next chief minister.