Delhi Chief Minister Arvind Kejriwal faced an awkward moment on Thursday during his press conference on declaring the chief ministerial face of Punjab. This was when a representative from News18 asked Kejriwal if he would undergo a lie-detector test amidst allegations of tickets being sold by the Aam Aadmi Party in Punjab. After he learnt about the identity of the person asking the question, Kejriwal smiled and avoided taking the name of the TV channel’s owner, Mukesh Ambani. His visible discomfort left everyone in the room in splits. 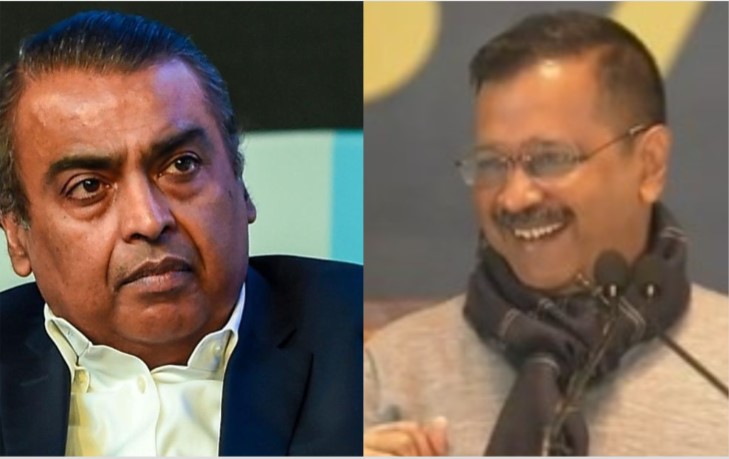 Kejriwal was addressing the media to announce a new phone number for people to call and inform about their choices for the AAP’s chief ministerial face in this year’s assembly elections in Punjab. A representative from Mukesh Ambani-owned TV channel, News18, asked the AAP chief about allegations that his party was selling tickets in Punjab and if he would like to undergo a ‘lie-detector test.’

Kejriwal asked, “Why would I undergo a lie-detector test? Have they given you any evidence (on tickets being sold)? Which channel are you from?”

Kejriwal continued, “Suppose, they say. Who’s the owner of News18?”

The Delhi chief minister’s question left everyone in splits given his history of attacking Mukesh Ambani during his days as an activist. Kejriwal too smiled before continuing, “Suppose they say that he (Mukesh Ambani) took these many crores of rupees. Wouldn’t you ask for evidence? I am also asking for evidence.”

Kejriwal then told journalists to stick to facts while reporting. “You are basing your journalism on allegations. Journalism is all about showing the truth. Show the truth.”