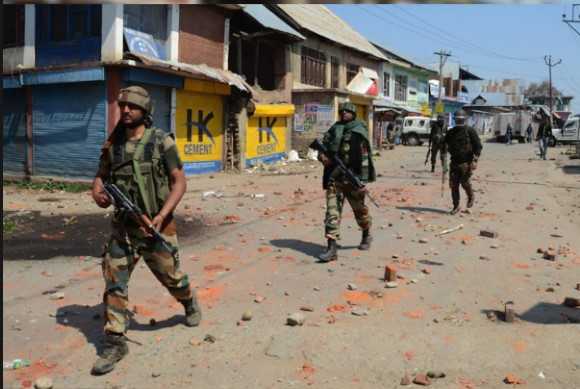 According to reports, terrorists attacked two non-Kashmiri labourers, who were working at a brick kiln at Magraypora in the Chadoora area of the Budgam district. One of them, Dilkush Kumar, succumbed to bullet injuries. Another worker injured in the attack has been identified as Guri.

According to news agency PTI, both Dilkush and Guri were rushed to a local hospital. While Guri was discharged after treatment, Dikush was referred to SMHS, where he succumbed to his injuries. The deceased was believed to be a resident of Arnia in Bihar.

While Guri was discharged from the hospital, Kumar was shifted to SMHS hospital here where he succumbed, the officials said, adding Kumar (17) was a resident of Arniya village of Vaishali district in Bihar.

Earlier on Thursday, a bank manager from Rajasthan was shot dead in the Budgam district. According to the police, terrorists fired upon a bank manager at Ellaqie Dehati Bank at Areh Mohanpora in Kulgam district. He received grievous gunshot injuries and later diedt. He was a resident of Hanumangarh, Rajasthan.

There has been an alarming rise in the targeted killings of civilians by terrorists in recent days. Not too long ago, terrorists had killed a popular TikTok star and actress, Amreen Bhat in Budgam district.

This had come hours after terrorists killed policeman Saifullah Qadri in the Soura (Anchar) area of Jammu and Kashmir and wounded his seven-year-old daughter.