In another mindless mass shooting incident affecting America, a gunman on Thursday killed four people at a hospital in Oklahoma. Among those killed were three employees of the hospital and a patient. The gunman too later died of self-inflicting wounds. Four victims of the mass shooting have been identified as Dr. Preston Phillips MD, Dr Stephanie Husen, Amanda Glenn and William Love. 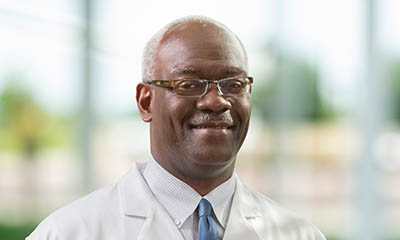 According to police, the killer had purchased a semi-automatic AR 15-style rifle just before he caused carnage at the Oklahoma hospital. He was also believed to be armed with a handgun.

The incident took place just days after Salvador Ramos killed more than 20 children aged between 5 and 11 and two teachers at a primary school in Texas.

Who is Dr. Preston Phillips MD?

Dr. Preston Phillips was a renowned orthopedic surgeon in Tulsa, Oklahoma. One of Dr. Phillips’ friend, Sandy Thompson, remembered him as ‘a wonderful, gentle, kind person with an infectious smile and kind word for everyone.’

Also Read: Who is Coco Gauff and why has her ‘Peace. End Gun Violence’ message made her darling of world? Boyfriend, net worth, parents

According to the CNN website, Ruth Folly, a surgical technician at Saint Francis Hospital, said that she and Dr. Phillips had gone on several medical missions together to Africa in the past. She said that Dr, Phillips’ efforts touched the lives of many.

Dr. Phillips was also associated with a non-profit organisation, Light in the World Development Foundation.

Dr. Phillips graduated from Harvard Medical School in 1990. He also did two fellowships at Yaroslavl Medical Institute and Yale Goodwill Ambassador for Health Care and Beth Israel Deaconess Medical Center in 1994 and 1996.

Dr, Phillips also had advanced degrees in organic chemistry and pharmacology as well as theology from Emory University. He was board certified in orthopedic surgery and was a Fellow of the American Orthopedic Association, Scoliosis Research Society and American Academy of Orthopaedic Surgeons. Dr. Phillips also served as an emeritus board member of Saint Francis Health System.

According to the police, the attacker, who killed four people including Dr. Phillips has been identified as one Michael Louis. He had reportedly undergone a back surgey at the same hospital but complained of suffering from severe pain even after the surgery.