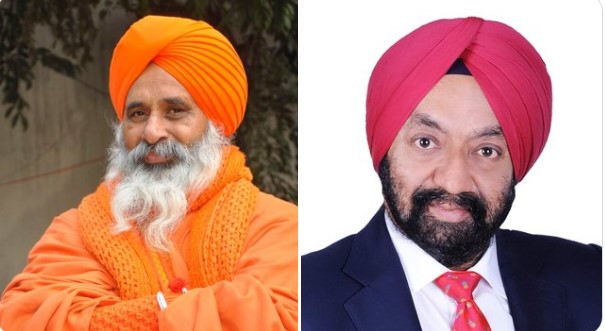 Announcing their names, Punjab Chief Minister Bhagwant Mann tweeted, “I am very happy to inform that the Aam Aadmi Party is nominating two Padma Shri awardees as members of the Rajya Sabha… one is environment lover Padma Shri Sant Balbir Singh Sinchewal, the other is Padma Shri Vikramjit Singh Sahni related to Punjabi culture. … my best wishes to both.”

Reacting to the announcement, Delhi Chief Minister and AAP chief Arvind Kejriwal wrote, “My congratulations and best wishes to both of them. With their vast experience, they will enrich RS debates and also strongly raise issues affecting common man in Rajya Sabha.”

The need for Rajya Sabha election for two seats have been necessitated as the term for Rajya Sabha members from Punjab Ambika Soni of the Congress and Balwinder Singh Bhunder of Akali Dal is due to expire on 4 July.

The election results for the two Rajya Sabha seats will be declared on 10 June.