The Haryana Police have arrested four suspected Khalistani terrorists from Karnal with huge amount of explosives. The police said that those arrested have been identified as Gurpreet, Bhupinder, Amandeep and Parminder. 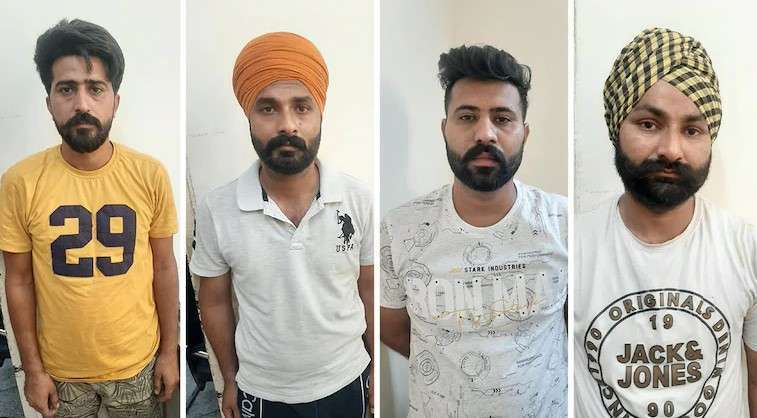 Speaking to reporters, a senior police officer said that arrested ‘terrorists’ were on their way to Telangana to deliver the explosives, found in their possession. These explosives, according to the police, were sent to them via drones from Pakistan.

They were arrested from a toll plaza in Karnal’s Bastara area at around 4 AM on Thursday morning. They were believed to be travelling in an SUV. According to the police, the mastermind, who had sent the location through a mobile app, was based in Pakistan.

The police said that they were grilling the accused to find more information, adding that they had already delivered some explosives in Nanded in Maharashtra.

Karnal Range Inspector General of Police Satender Kumar Gupta was quoted by enws agency PTI as saying, “They hail from Punjab. Preliminary information suggests that they were basically acting as couriers and transporting these arms and ammunition in an Innova vehicle and were headed to Adilabad in Telangana.”

Gupta said that they will be produced before a court and taken on police remand after which they will be questioned in detail.

He added, “Three containers suspected to contain RDX, firearm, a pistol and 31 round live cartridges have been seized from the vehicle.”

The development comes just days after communal clashes were reported from Punjab where a group of people were seen chanting pro-Khalistan slogans.