Police in Delhi say that at least 20 people are feared dead in the Mundka area of outer Delhi. Authorities say that the death toll could go higher as the rescue operation was still underway. 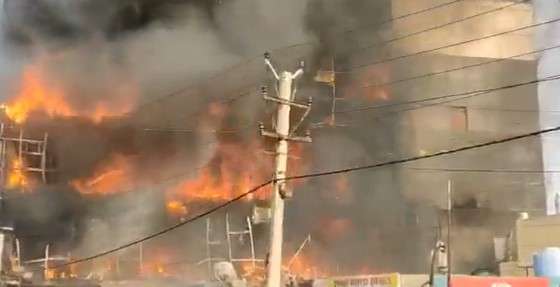 Delhi Fire Services has reportedly deployed 27 fire tenders extinguish the fire. Delhi Fire Sevices chief Atul Garg was quoted by Indian Express as saying, “It’s a massive fire. So far, we have recovered 20 bodies from first and second floor and teams are now trying to reach the third floor. All the bodies are charred.”

Delhi Chief Minister Arvind Kejriwal tweeted, “Shocked and pained to know abt this tragic incident. I am constantly in touch wid officers. Our brave firemen are trying their best to control the fire and save lives. God bless all.”

According to news agency ANI, DCP, Outer district Sameer Sharma said that the fire was initially spread on two floors.