Zee News has been forced to delete its ‘pig’s heart in human’ tweet with Sudhir Chaudhary’s photo after the TV channel faced widespread ridicule. 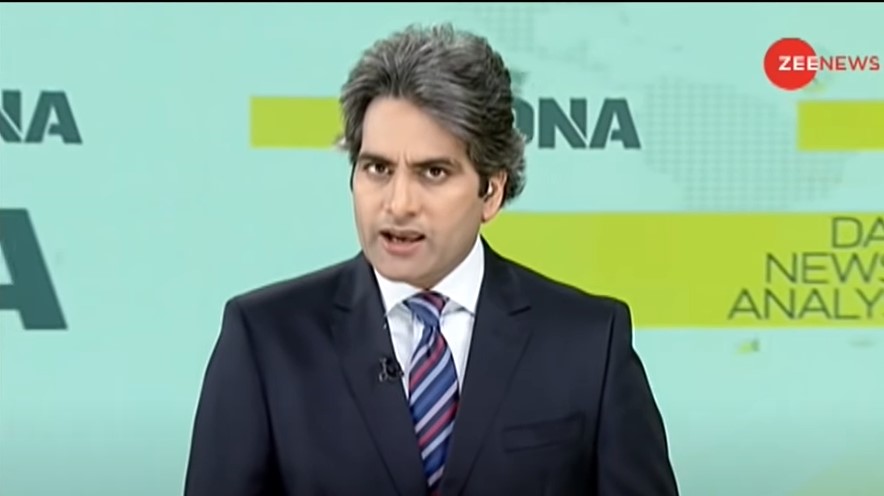 However, it was the photo that Zee News shared made the TV channel and Chaudhary a topic of public ridicule. The controversial image carried Chaudhary’s photo alongside a caption that read, “Pig’s heart in a human. A DNA test of a challenge to nature.”

Chaudhary was quick to share the promotional tweet, posted by Zee News. He wrote, “Your favourite show DNA is Live on Twitter now. Stay connected wherever you are.”

Your favourite show DNA is Live on Twitter now. Stay connected wherever you are.
काशी में मोदी,अयोध्या में योगी ? https://t.co/SwYG3E4NtI

What Chaudhary didn’t realise was that Zee News would soon delete the tweet in light of mounting embarrassment for the TV channel and himself. Many of his critics began to ridicule him asking if Zee News was inadvertently referring its own anchor as a ‘human with pig’s heart’ given the placement of his photo alongside the controversial caption.

Youth Congress leader Srinivas took a potshot as he wrote, “Is this for real?”

Is this for real? pic.twitter.com/cIQP9wUjAD

Big News Coming in :
Zee News has deleted the tweet. It has said that the tweet will be reposted once respected Zubair sir gets transplanted with a pig ????’s heart. https://t.co/iH44iTOYvK pic.twitter.com/y4kaq43DL8

Godi media anchor Tihari Sudhir conducted a DNA test on himself and found a pig’s heart in him. #GodiModiFonoFail #GodiMedia pic.twitter.com/MYwViCFx1l

A US man recently became the first person in the world to get a heart transplant from a genetically-modified pig. Doctors have said that the 57-year-old man, identified as David Bennett, is reported to be doing well five days after the experimental seven-hour procedure in Baltimore.

Chaudhary had courted controversy last year after he was invited as a guest by the Abu Dhabi unit of the Institute of Chartered Accountants of India. A princess from the UAE’s royal family had opposed the invitation and called him an ‘intolerant terrorist.’