Pro-BJP Zee News TV has faced one more round of public shaming after the Arunachal Pradesh government caught it of spreading fake news on the Tablighi Jamaat. The latest round of public humiliation for Zee News has come just days after the UP Police had caught one of its sister TV channels of peddling similar fake news about the Muslim group in Firozabad. 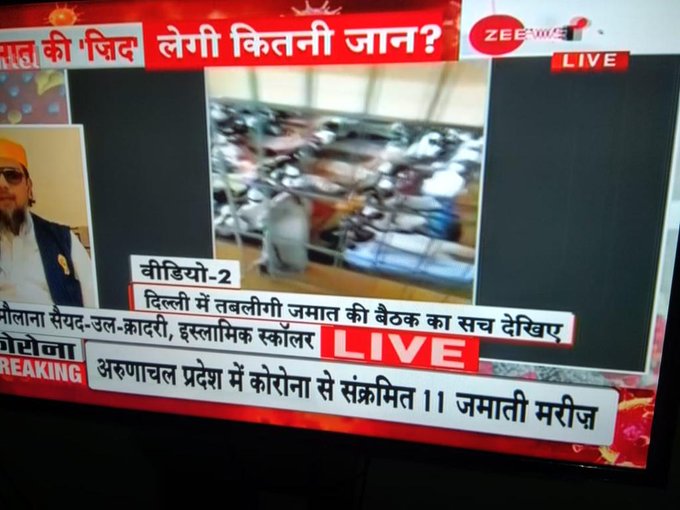 According to the publicity department of the Arunachal Pradesh government, Zee News had claimed that 11 members of Tablighi Jamaat had tested positive for coronavirus in the north-eastern state. But the Arunachal IPR termed it a fake news as it wrote, “This is to clarify that Arunachal Pradesh has got only 1 COVID-19 positive case till date. The reporting by Zeenews is false and does not carry any authenticity.”

This is to clarify that Arunachal Pradesh has got only 1 COVID-19 positive case till date.
The reporting by Zeenews is false and does not carry any authenticity. pic.twitter.com/d74hBGDWbd

The role of the Arunachal IPR is to disseminate ‘Government News /programmes /schemes /policies to the general public timely and effectively.’

According to the health ministry data, only one person has tested positive for coronavirus so far.