Several Indian celebrities including BCCI President Sourav Ganguly, tennis star Sania Mirza and actor Neha Dhupia have taken to social media to congratulate former India cricketer Yuvraj Singh and his actor wife Hazel Keech after the couple was blessed with a baby boy. Hazel’s friend and former director, Aamir Khan’s daughter Ira Khan, has not yet reacted to the news. 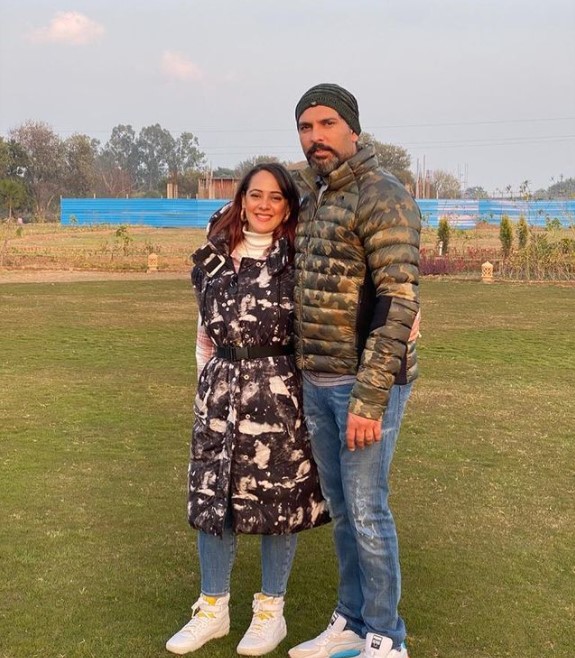 Taking to social media, Yuvraj wrote, “To all our fans, family and friends, We are elated to share that today god blessed us with a baby boy. We thank god for this blessing and wish to respect our privacy as we welcome the little one into the world.”

Former India all-rounder Irfan Pathan wrote on Twitter, “Many congratulations brother. I’m sure you will be an amazing father. Lots of love to the little one. Regards to bhabhi.”

Hazel was last seen playing the lead role in Medea, which is an adaptation of Euripides’ Greek tragedy Medea. The play was directed by Aamir Khan’s daughter Ira Khan.

The bonding between Ira and Hazel had become one of the most talked-about phenomenons on social media lately. Iran had shared a dramatic photo of herself going down on one knee while offering Hazel the lead role of Medea, which is an adaptation of Euripides’ Greek tragedy Medea. A day after Ira had revealed how Hazel said ‘yes to her proposal’, it emerged that she also cast her brother Junaid Khan to play a lead character in her upcoming play Medea.

Hazel had shot to fame after working in Bodyguard, a film starring Salman Khan and Kareena Kapoor Khan.

Yuvraj and Hazel had tied the knots in November 2016.