Former Bengal Chief Minister Buddhadeb Bhattacharjee on Tuesday rejected the Padma awards given to him by the Centre’s Narendra Modi government. The list of Padma awardees had included the names of two opposition politicians namely Bhattacharjee and Congress leader Ghulam Nabi Azad. 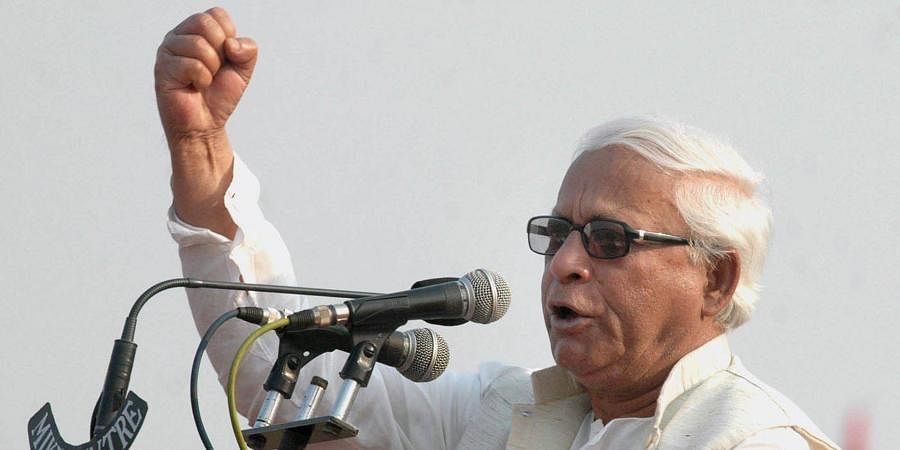 “I don’t know anything about Padma Bhushan. Nobody told me anything about this. If indeed they have awarded me Padma Bhushan, then I am rejecting it,” CPIM West Bengal tweeted a statement from Bhattacharjee in Bengali from its official Twitter handle.

The CPIM also issued a request asking everyone including the government officials to not contact him over the phone given his poor health. Instead, the government representatives or others can write to him using his home address or the state office of the CPIM.

The official Twitter handle of CPIM wrote, “Comrade Buddhadeb Bhattacharya who was nominated for the Padma Bhushan award has declined to accept it. The CPI(M) policy has been consistent in declining such awards from the State. Our work is for the people not for awards. Comrade EMS (Namboodiripad) who was earlier offered an award had declined it.”

77-year-old Bhattacharjee has been a life-long Marxist leader and served as Bengal’s Chief Minister after Jyoti Basu stepped down from his post in October 2000. Known for his simple living, Bhattacharjee continued to live in a two-bedroom south Kolkata flat even after becoming the state’s chief minister.

He had to leave the CM’s office after losing assembly elections to Mamata Banerjee-led Trinamool Congress. The CPI-M was pushed to oblivion following that defeat as the Marxists failed to recover since then.