Evelyn Sharma has defended her decision to post a breastfeeding photo on social media asking why she must be shy about what was essentially a natural act. This was after Evelyn faced a barrage of criticism for sharing her breastfeeding photo. 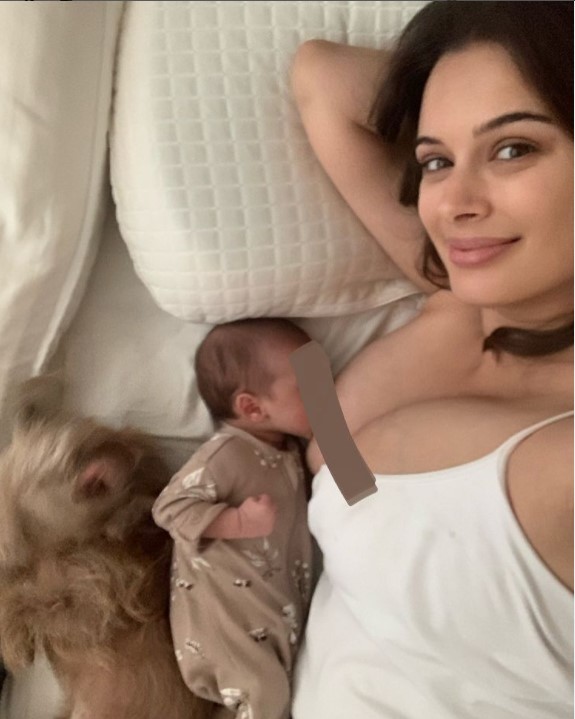 While sharing a photo of herself breastfeeding her child, Evelyn had written, “When you thought you finally established a routine and then she starts #clusterfeeding!! ????????‍♀️????????????????????” She had used hashtags such as #smileforthecamera, #thingsnoonewarnsyouabout and #mummylife.

While the actor earned plenty of praise for her decision, there were some who trolled her. One user wrote, “Is this a matter of exhibition?” Another asked, “Why did you hide the nipples?” “Feeding a baby is ok, but for me this image must not be shared on social media! Khair aaj kl kisi ko smjhana bekar h. Enjoy your life!” another user wrote.

Reacting to criticism from her fans, Evelyn told a newspaper that she was not ashamed of the act. She said, “Breastfeeding is much tougher than people think. I shared my story to let mums out there know that they aren’t alone in this.”

“Such images show vulnerability and strength at the same time. I find it beautiful. Breastfeeding is one of the most natural and healthy things to do. And it really is why women have breasts in the first place. So why be shy about it?” Evelyn told Hindustan Times.

Earlier Neha Dhupia too had to face criticism for sharing her breastfeeding photo.