Bollywood singer Sonu Nigam has fiercely supported those opposing Hindi imposition by the BJP in India. Speaking at an event, the singer said that idea of imposing Hindi on the entire population of India was ludicrous. Sonu’s hard-hitting comments days after Ajay Devgn courted controversy by publicly trolling Kannada actor Kichcha Sudeep. 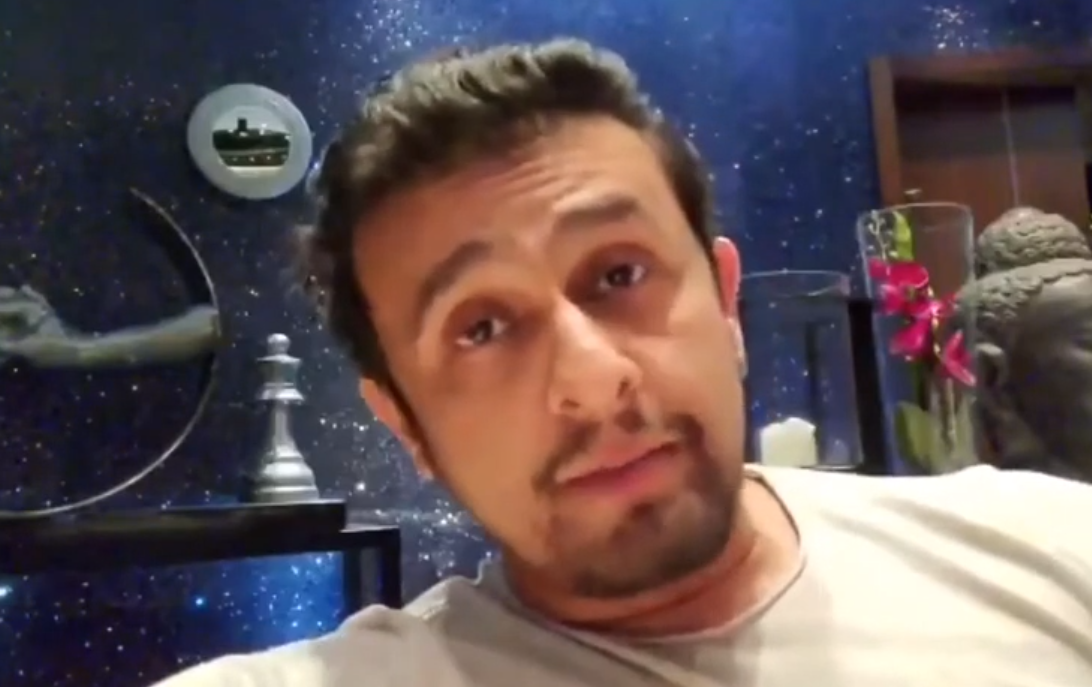 Sonu said, “Why are we doing this discussion? Look at your neighbouring countries. You are busy creating enemies within saying ‘you are Tamilians and you have to speak Hindi.’ Why should they speak (Hindi)?. They will speak what they wish. Who are you to say?”

At least two former Karnataka chief ministers had come out in the open to slam Ajay Devgn and support Kannada actor Kichcha Sudeep on the raging controversy surrounding Hindi. Former Chief Minister HD Kumaraswamy had said that Ajay Devgn spoke like a mouthpiece of the BJP when he publicly criticised Kichcha Sudeep on Twitter.

This was after Bollywood actor Ajay Devgn lost his cool at Kannada actor Kichcha Sudeep for his insulting jibe at the Hindi language. However, Ajay had later admitted that he failed to understand the context of Sudeep’s statement on Hindi saying that ‘something was lost in translation.’

The controversy over Hindi gained momentum recently after Home Minister Amit Shah said that Hindi should be accepted as an alternative to regional languages in India and not English as is the case currently.

Perfect response to Ajay Devgn by Sonu Nigam: Let's not divide people further in this country, where is it written that Hindi is our national language? ? pic.twitter.com/hC9nHbXJHy

Sonu throwing his weight behind those opposing Hindi assumes significance since he has often been perceived as a pro-BJP singer.