Janta Ka Reporter 2.0
Home Entertainment Who Is Anita Alvarez? How Did She Faint Inside Water? Boyfriend, Parents,...

Anita Alvarez has been trending on the internet for the last many hours after the news emerged that she had fainted inside water. Thanks to her brave coach Andrea Fuentes that Anita was saved in time. The story of her lucky escape has now become a topic of global media coverage. 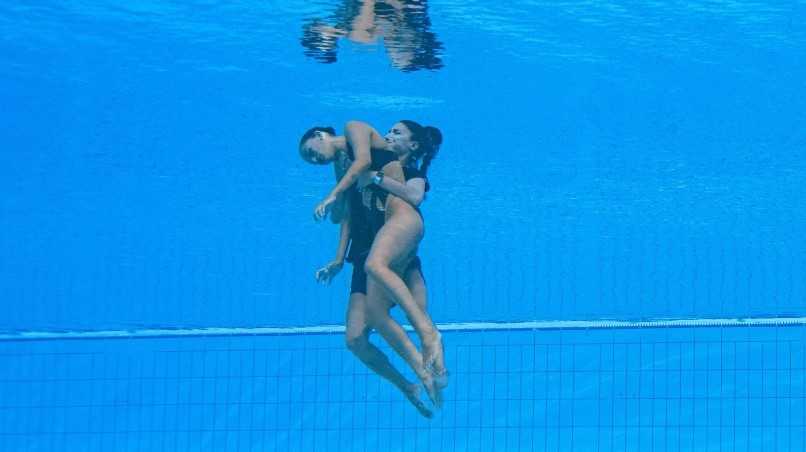 Who Is Anita Alvarez?

Anita Alvarez is a 25-year-old champion artistic swimmer. She was taking part in the final of the women’s solo free event in Budapest on Wednesday when she fainted mid-routine. The photo of motionless Anita floating inside water went viral, leaving sports fans shocked.

Her coach Andrea Fuentes detected the health emergency and wasted no time diving to save her swimmer. She was able to pull Anita to the surface with the help of a man. Anita regained consciousness and was administered first aid. Her coach said that the swimmer was ‘ok and the doctors also said she is fine”.’

US Artistic Swimming body said in a statement on Instagram, “Thank you for your outpouring of support of @anitaaalvarez who is resting and feeling better. We are immensely thankful for the genuine love and urgency of our beloved coach @andreafuentes83.”

The statement released on Instagram read, “Anita has been evaluated by medical staff and will continue to be monitored. She is feeling much better and using today to rest. Whether or not she will swim in the free team final on Friday, June 24th will be determined by Anita and expert medical staff.”

This is not the first time Anita has fainted inside water. In 2021, she had collapsed during an Olympic qualifying event in Barcelona. Once again, her coach’s timely intervention had rescued her from what could have been a potential health emergency. She had gone on to complete the event, finishing seventh.

Boyfriend Parents, Cause Of Fainting

Anita is a Mexican American swimmer, who was born to David and Karen Alvarez on 2 December 1996. She received her education from Kenmore West Senior High School.

She frequently shares updates about her life on social media, particularly on Instagram, where she has more than 20,000 followers. But, from her social media posts, it’s not clear if she is dating anyone. She has, however, shared news about her parents on many occasions in the past.

She wrote on Father’s Day in 2020, “Happy Fathers Day to the funniest, cutest, most stubborn, hardworking, handsome, chivalrous, softhearted, strong yet loving man I know. Thanks for being such a great example for us kids and supporting us in everything we do. And for busting your booty day in and day out so we can do it💪🏼 Wish I could be home with you today💙 #loveyou #missyou #happyfathersday #1dad #daddysgirl #🐴 #justsaying #bestsnapchatter #keepswiping.”

Wishing her Mom on the Mother’s Day the same year, Anita wrote, “Happy Mother’s Day to my # 1🌼 Too hard to put into words how much you mean to me and how thankful I am to have been raised by someone so authentic, loving, and supportive. I will buy you a beach house over here on the west coast one day😍🌊☀️🌴 hehe don’t tell grandma though😉 Love you THISSSS much❤️ Hopefully see you soon, have a nice day❄️”

Though the reason for her fainting is not clear, three-time Olympic synchronised swimming champion Alla Shishkina has urged the US officials to carry out thorough checks on Anita to ascertain the reason for her underwater collapse.